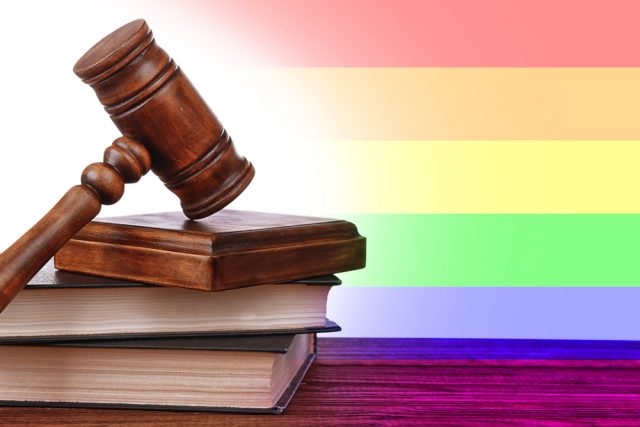 A transgender woman said in a lawsuit Wednesday that she was called “it” and “thing” by co-workers and then wrongfully fired from a North Carolina Sam’s Club store after repeatedly complaining about harassment.

The federal lawsuit by Charlene Bost seeks unspecified monetary damages and asks the court to order the big box retailer to train employees to prevent future harassment of transgender workers. It says Bost was wrongfully fired in 2015 from the Kannapolis store in retaliation for her complaints.

Transgender people around the country are increasingly taking employers or schools to court to demand that their rights be protected, and North Carolina has been the site of a protracted legal battle over state laws governing which restrooms transgender people can use.

“Given the increase in the number of transgender people who are coming out, particularly at earlier and earlier ages, I think we’re going to see many more claims in the future for discrimination against transgender people,” said Jillian Weiss, the fund’s executive director, in an interview. Weiss added that it’s important for “employers to recognize that prejudice still exists among their employees.”

Bost hadn’t yet transitioned to life as a woman when she began working in 2004 at a Sam’s Club location about 25 miles (40 kilometers) northeast of Charlotte. Bost said she received praise and was promoted to supervisor before she began to express her feminine identity at work in 2008.

The lawsuit said the harassment by co-workers and multiple managers began around that time and escalated as Bost began wearing her hair longer and adding makeup to her appearance. In 2014, one co-worker told a customer as Bost walked by: “Here comes that thing with an attitude,” the lawsuit says.

Bost, who’s now 46, said she was repeatedly harassed by a man who became her direct supervisor when he was promoted to assistant manager in 2014. The lawsuit said he called her “it” in front of other employees, made off-color jokes and initiated unwanted physical contact.

According to the suit, the assistant manager also was involved in fabricating written infractions against Bost that led to her firing.

The lawsuit said Bost filed complaints and took her case to the federal Equal Employment Opportunity Commission in 2014. The commission issued a finding in late 2017 that there was evidence Bost faced a hostile work environment.

The lawsuit alleges Sam’s Club violated federal workplace discrimination laws by creating a hostile environment and then retaliating against her complaints by firing her.

Bost’s lawsuit was filed in the same federal court that is hearing a legal challenge to North Carolina’s “bathroom bill” of 2016 and the law that subsequently replaced. While North Carolina lawmakers did away with the requirement that transgender people use restrooms corresponding to their birth certificates in many public buildings, the plaintiffs argue that the replacement law continues to harm them with intentionally vague bathroom rules.

The Transgender Legal Defense and Education Fund is representing another transgender woman who alleges that a supervisor at a Florida Sam’s Club store harassed her after she began expressing her female identity. The EEOC found in July 2017 that there was evidence that the retailer discriminated against that woman.

Elsewhere a transgender woman and her husband, who are also represented by the fund, recently filed a lawsuit alleging they faced discrimination and harassment while working for online retailer Amazon at a Kentucky warehouse. Lawyers for Amazon urged the court to dismiss the lawsuit, saying a company probe found no support for the couple’s discrimination allegations.