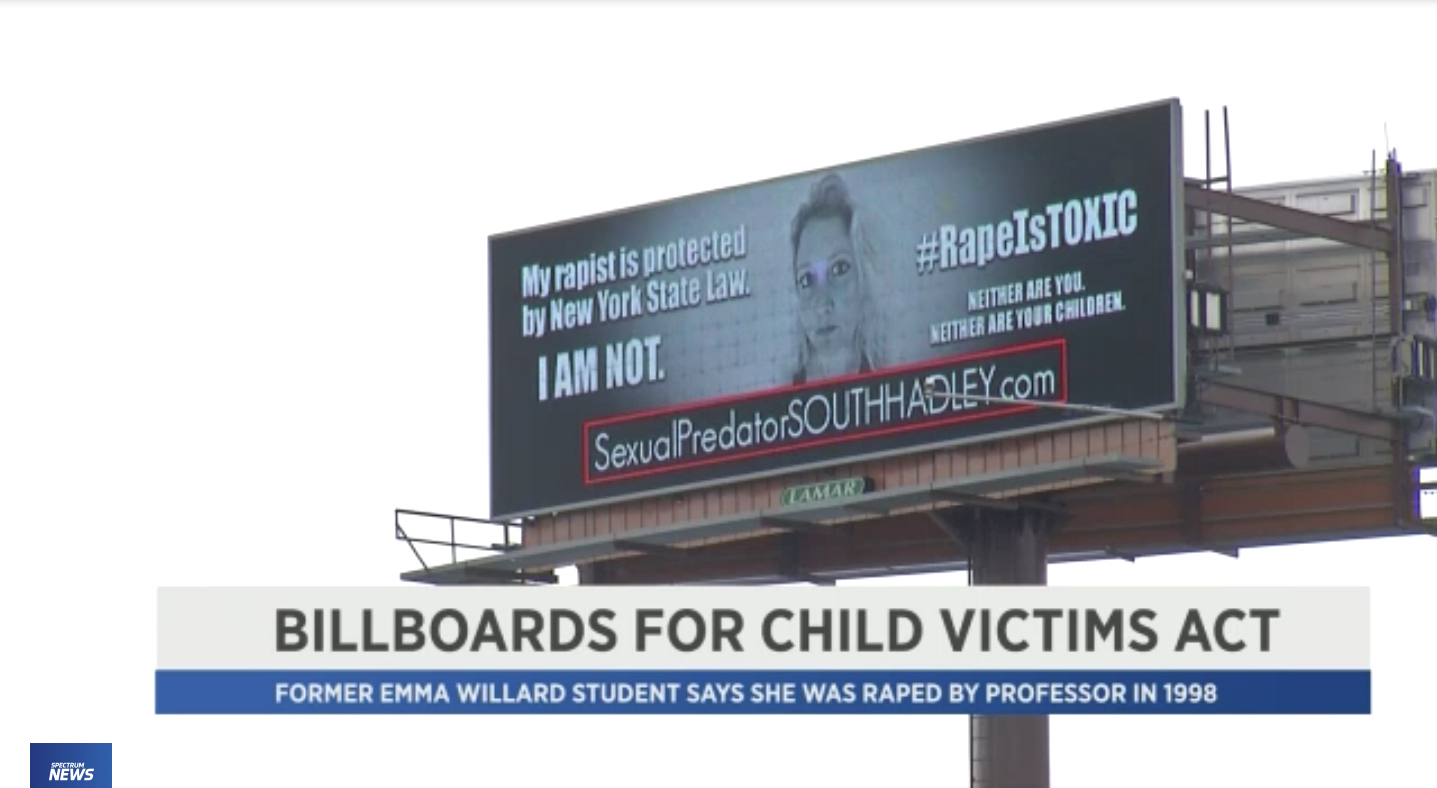 A woman who says she was raped by a teacher while she was a student at a private girls school in upstate New York has rented three billboards to call out her alleged attacker and advocate for expanded criminal penalties.

Kat Sullivan says she was raped in 1998 while attending the Emma Willard School in Troy, New York. Sullivan claims her alleged attacker was her history teacher, Scott Sargent.

According to the New York Daily News, Sargent was fired by the school “for sexually abusing a student” but was never charged with a crime.

Sullivan says she was inspired to highlight her experience and the broader statute of limitations issue after seeing the film “Three Billboards Outside Ebbing, Missouri.”

In the film, Frances McDormand’s character purchases three billboards right outside of her small town which castigate local law enforcement for their failure to catch her daughter’s rapist and killer.

Sullivan’s billboards are a bit different. At least one is digital—and this one is placed in Albany, New York—which is close to Troy. Another is placed in Fairfield, Connecticut, where Sargent apparently once lived and taught.

The third billboard is placed in Springfield, Massachusetts, where Sargent reportedly now lives, according to the Daily News.

But Sullivan isn’t simply trying to point out the apparent failure of police in dealing with her alleged rapist. She’s also advocating for passage of the Child Victims Act.

That bill would extend the statute of limitations to 28 years in criminal cases and 50 years in civil cases.

In comments to Reuters, Sullivan said:

I have no legal recourse against my rapist, and as a result he’s been free for the last 20 years to hurt other young girls. Child sex abuse is an epidemic in New York and it’s time our laws work to protect children, not the people who harm us.