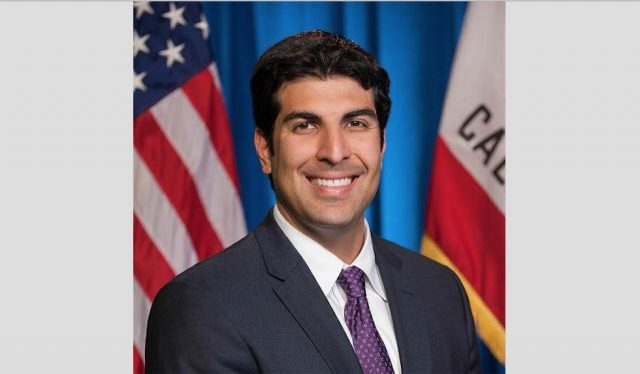 The California Democrat was also accused of disparaging women and bragging about his sexual exploits.

Jessica Yas Barker claimed that Dababneh frequently spoke of his sexual conquests and made misogynistic comments while she worked under him in Representative Brad Sherman‘s office from June 2009 through December 2010.

Dababneh penned a combative resignation letter denying the accusations and said he hoped a possible legislative investigation would clear his name. He wrote:

Beyond the salacious headlines, I am confident the completed investigation will bring to light and into focus the significant and persuasive evidence of my innocence…As we battle for change, we must remember that due process exists for a reason. We should never fight injustice with injustice.

Dababneh also stressed that his resignation was not an admission of any wrongdoing.

In an interview with the Los Angeles Times, he said, “My stepping down isn’t out of guilt or out of fear. It’s out of an idea that I think it’s time for me to move on to new opportunities…it’d be very hard for to represent my district and be able to pass the type of legislation that would be meaningful.”

Democratic Assembly Speaker Anthony Rendon issued a statement in response to the accusations-cum-resignation. It reads, in part, “Assemblymember Dababneh’s resignation is yet another sign that the culture is changing. The Assembly will continue our work to hasten that change, to make the Legislature an institution where people are safe, survivors are helped, and perpetrators are held accountable.”

Dababneh is the second California Democrat to resign over allegations of sexual impropriety in recent weeks. Last month, Assemblyman Raul Bocanegra stepped down after being accused by multiple women of making unwanted sexual advances.