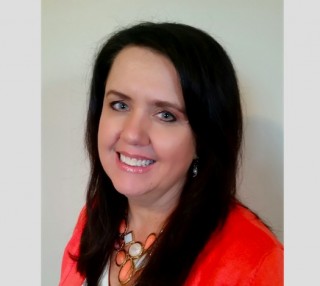 Cathy Russon is a trial watching junkie, and we mean that in the most endearing of ways. She’s not an attorney, but knows more about criminal law than most lawyers. After watching hundreds of trials unfold live, she also developed an amazing knack for predicting who will prevail. Last month, LawNewz.com provided a live stream of the Colleen McKernan trial. McKernan was a newlywed air force veteran who was accused of killing her husband.  Before jury deliberations even began, Russon told us this trial would end with a hung jury. She was right.

Now, she’s tunneled her love into a vibrant online community with hundreds and sometimes thousands of active trials watchers just like her. Her website is called CourtChatter. Just as the name implies, it’s a place where trial lovers gather to talk shop about the latest cases.

“I love playing devil’s advocate. I love to play the defense. I will sit in there and almost be the defense attorney, and I try to point out all of the reasons the person is not guilty,” Russon told LawNewz.com.

The website really started building momentum after Court TV (which turned into InSession) disappeared for good in 2013. Russon noticed a major void in comprehensive trial coverage that just was not being filled anywhere.

“I knew that Court TV was going away. People needed a place to watch and chat about trials. This is what I love doing, but I still wanted to stay home with my kids,” Russon said. The website, which she now runs from her Utah home, was the perfect solution.

Russon says her chatters hail from all over the country and the world including Canada and Australia. While Russon doesn’t host her own live streams, she aggregates coverage from every local or national outlet that she can find. Because of that, she’s become a go-to place to find live trial coverage.  Interestingly, her demographics are mostly women. She estimates only about 10% of her chatters are men — but, of course, welcomes everybody.  While many chatters are stay-at-home moms like herself, others dip into the chatroom at work or during their lunch break.

“These are smart people. They know what they are talking about” she said.

Unlike some other online forums which become infested with internet trolls, Russon keeps a tight watch on the comments. She has a team of volunteer moderators who make sure everyone is staying respectful.

“This is a chatroom with rules. You can’t come in and troll and do what you want,” she told us. What’s next? Russon has already started coverage of the Justin Ross Harris trial, which is currently in jury selection. The Georgia man is facing murder charges after he left his toddler in a hot car.

#RossHarris – Harris dressed up in suit and red tie. Looks like he may have dropped some weight. https://t.co/1wVwdETKrw

For Russon, it’s not just about being a trial watcher and commenter. She’s also an advocate of more access for cameras in the court room. She says it’s imperative that the public know more about how our justice system works.  She believes transparency leads to a more equitable justice system. We happen to agree.