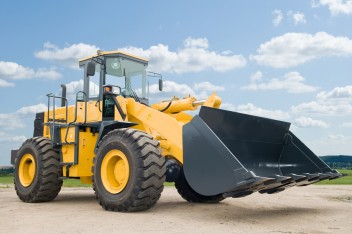 Two 14-year-old boys are in custody after police say they stole a front loader and led police on a dangerous chase than ended with gunfire early Monday morning on Maine Turnpike.

Here is a pic of front loader crash on @MaineTurnpike from our Photog @natesapp on the scene. Updates on @FOX23Maine pic.twitter.com/X1neCyvxIZ

The two teens were taken into custody by officers and charges are currently pending.  Officers from multiple police departments are involved in the investigation.