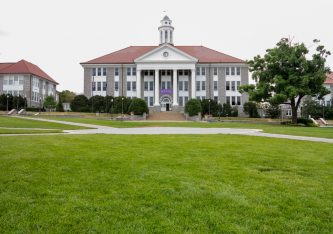 James Madison University has apparently jumped on the speech regulation bandwagon that is sweeping across colleges campuses throughout the country.  Students leaders who participated in freshman orientation were provided with a list of “dumb” things to avoid saying that included phrases like “you are so articulate,” “the same thing happens to me too,” or “I know exactly how you feel.”

The seven-page handout listing phrases students should not say also includes an explanation of the “intent” of the phrase and its “impact” on others.  For example, the handout says the phrase “you have a pretty face” is usually said to an overweight person with intent of offering them hope “that if they just shed some pounds the rest of their body could be pretty as well.”  The impact of using the phrase, according to the handout, is that it “infers that the person has so much potential, if only they were not fat….”

The existence of the handout was first revealed by The College Fix.  James Madison University spokesman Bill Wyatt told the online news outlet “this was just an exercise, prior to orientation, to get our volunteers to understand how language affects others. The list was not distributed to our first-year students nor were the volunteers instructed not to use the phrases.”

However, some of the JMU orientation handout materials obtained by the website appear to contradict some of Wyatt’s claims.  A document titled “Building an Inclusive Environment” that was included with the list of phrases handout pointedly reminds orientation leaders that they have a duty to “create a safe an inclusive environment for your first year students” and instructs them to use the list of phrases “as a resource to help accomplish this goal.”  The document also instructs orientation leaders to “take some time to reflect on your prejudices and biases, and how that might affect your interactions with students.”