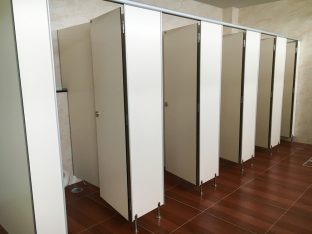 Students at the University of Massachusetts, Amherst pushed the administration to provide more gender neutral bathrooms on campus by holding a planned weeklong “shit in,” an obvious play on the term sit-in, inside campus bathrooms.

Campus Reform reports the demonstration called on students to occupy all of the stalls beginning on Monday in both male and female restrooms until the campus administration gives in and agrees to provide more gender neutral bathrooms on campus.

Amazingly, the administrations agreed within one day of the initial occupation of the bathrooms to meet with protesters to discuss their demands. Vice Chancellor of Student Affairs Enku Gelaye announced on Tuesday evening that the administration had “tentatively agreed to progressive ‘benchmarks’ put forth by organizers.”

This was viewed as a good start for protesters, but they promised to stay ready to re-occupy the stalls in the event the administration failed to follow through with promised action.

A campus spokesman told the news outlet there is already an effort underway across the campus to built even more gender inclusive restrooms, in addition to the more 200 gender inclusive facilities that already exist.

[image via Petch A Ratana/shutterstock]