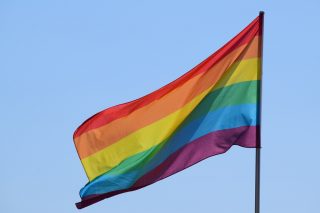 A Minnesota state law that provides for medical assistance covering inpatient hospital treatment for poor people, specificaly said that “Sex reassignment surgery is not covered.”  Evan Thomas a 64-year-old transgender man seeking a double mastectomy and chest reconstruction surgery sued the state for denying him coverage for the procedures.

Judge William H. Leary III ruled that the statute violated the Minnesota Constitution’s equal protection clause and the right to privacy. The court’s decision stated that the law means that the same treatment, when medically necessary, would be covered for females, are not covered for males (making this particularly confusing is that Thomas was born female). In 2015, a doctor told Thomas that the reconstruction surgery was medically necessary as treatment for gender dysphoria.

“I’m so happy we’ve won,” Thomas said after the court’s decision was annnounced. “The judge’s ruling is a forceful statement that transgender people deserve equal treatment under the law. Right now, when we’re suddenly facing a path that’s so much rougher than it looked a few days ago, this victory looks even more important, and I’m proud to have been part of this case.” Thomas was represented by the Minnesota ACLU.

Joshua Block, a senior staff attorney with the ACLU’s LGBT Project, said in a statement:

The victory will bring immediate relief to the scores of transgender people living in Minnesota being denied the medical care they need. Singling out groups of people and denying them medically necessary care for no legitimate reason is wrong and harmful. We are glad the court agreed with respecting the dignity of people.