Students Allegedly Burn Down Principal’s House After Being Suspended 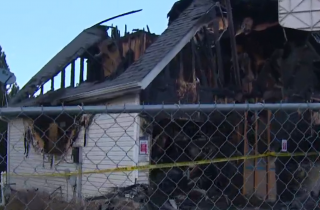 Four Idaho teenagers are now in police custody following an alleged arson in which their principal’s house burned down. The blaze also damaged three cars parked in the driveway, Fox News reports.

Principal Mark Heleker of Payette High School and his wife Lorrie were sleeping when the fire started the night of February 22. Their daughter Katie, who worked late that night, noticed the flames while walking her dog, and woke her parents, according to the Idaho Statesman. No one was injured, but the house was damaged beyond repair.

Two of the suspects had recently been suspended after a school investigation into prescription drug use, Payette Police Chief Mark Clark told the Statesman. Three of the boys were picked up by cops on Wednesday, with the fourth boy’s family bringing him in the next day. Social media posts helped lead police to them, Clark said, according to Fox News.

Two of the suspects are charged with first-degree arson and conspiracy, while the other two are only facing conspiracy charges. Three of the boys are high school students, and the other is in middle school. All are currently being held in a juvenile detention facility, however Clark says all of their cases will go to the same court as adults, due to the nature of the charges.