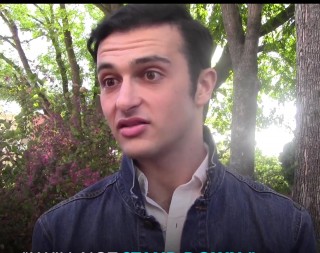 Conservative student senator Jacob Ellenhorn, who attends the University of Southern California, is the latest student to get caught up on the campus war of politically correct culture. A complaint was filed against him by student Diana Jimenez, Student Goverment Program Board Executive Director, seeking to remove him from office, and freezing his student government stipend payment. She lists several violations of student bylaws by Ellenhorn, who is also the USC college Republican campus president. Probably her most controversial  concern is that “his involvement and programming has created hostile environments for our USC student body, and has also violated the USC Principles of Community by bringing a speaker and moderating an event that blatantly perpetuates sexism.” Yes, it appears Ms. Jimenez didn’t like Mr. Ellenhorn’s choice of campus speakers, which included Milo Yuiannopoulus. Yuiannopoulus is an editor at the conservative website Breitbart.com and was also a controversial figure in the Gamergate saga. Apparently, he wrote some posts that some considered sexist.

“Because Senators are elected, the undergraduate student body expects them to be held accountable to their responsibilities that are outlined in their bylaws,” Jimenez said on a campus produced video (embedded below).

In addition to the concern over Ellenhorn’s choice of speaker, Jimenez also complained that Ellenhorn “misused his title” and position by writing negative op-eds about his classmates, including the director of the Women’s Student Assembly. She would have preferred if Ellenhorn met with the classmates in person.

Ellenhorn has since taken to twitter to fight back. “I have been told what to wear, what to say, where to say it,  and who I can say it to. I have been the target of vicious anti-semitism and have been repeatedly targeted for my political beliefs,” Ellenhorn wrote in response, adding that USC has a history of trying to “castrate strong male voices into submission.” Ellenhorn said that Jimenez has joined the “legions of vapid social justice warriors in their never ending fight against words, opinions and the truth.”

Ellenhorn is scheduled to appear on Fox & Friends and is apparently trying to start a #hashtag movement.

I will be on @foxandfriends this Sat @ 6:20am est. I will be talking about how my free speech is being trampled by my accusers. #SaveJacob