Medically-Assisted Suicide is Coming to California 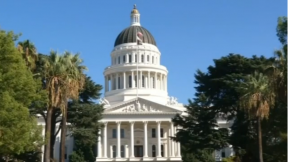 Add medically assisted suicide to the list of major legislative changes set to take place in California. Governor Jerry Brown signed a landmark bill into law in October 2015 that granted terminally-ill individuals the right to die, or request life-ending medication from their physician. Now, after some legislative rigmarole, Assembly Bill No. 15, or the End of Life Option Act, is set to officially take effect on June 9.

The law experienced a belated implementation date due to a quirk in how it was passed by the California legislature. The bill was passed in an “extraordinary session” called by Governor Brown, which is “a special legislative session called by the Governor to address only those issues specified in the proclamation.” As a result, the bill could not go into effect until 90 days after the extraordinary session occurred. Thursday marked 90 days.

“It’s a historic achievement for California, and for a limited universe of people dealing with a terminal illness,” said Democratic State Senator Bill Monning. “It could indeed be a transformative way of giving them the option of a compassionate end-of-life process.”

The new law will allow the prescription of drugs to end a patient’s life if two doctors agree that patient has six months or less to live and is mentally competent. Further, patients are required to swallow the medication themselves and must affirm in writing, 48 hours before taking the medication, that they will do so.

Proponents believe the law will spare individuals and their families the horrific and prolonged deaths that come with terminal illnesses. However, dissenters, like Marilyn Golden, senior policy analyst with the Disability Rights Education & Defense Fund, believes it would be difficult to track whether a depressed patient was able to circumvent the two doctor requirement by visiting many doctors — who all denied the request for lethal medication — before finding one who agreed to write the prescription.

California’s new legislation follows nationwide publicity over the case of Brittany Maynard, the 29-year-old brain cancer patient had to move to Oregon to take advantage of assisted-suicide laws and died in 2014.