Someone Sued Starbucks for Using Too Much Ice, Not Enough Coffee in Drinks 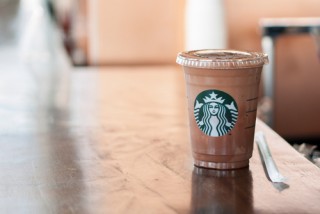 Some might call her a hero, standing up for all of us who finish our iced coffees in three sips, left with a cup full of ice. Others may say she just needs to “chill.” A federal judge will have the final say, as Stacy Pincus filed a lawsuit claiming that Starbucks falsely advertises its cold drinks, Good Morning America reported. She claims that in a Venti-sized iced coffee, advertised as 24 ounces, only 14 ounces of actual coffee are used, with ice filling the rest of the cup. She points out that these drinks are even more expensive than the hot beverages, even though those actually contain the advertised amount.

Pincus is suing for $5 million, and looks to lead a class action lawsuit that would represent any Starbucks customer who has purchased an iced drink in the last 10 years. Starbucks said Pincus’s claim is “without merit” and that “If a customer is not satisfied with their beverage preparation, we will gladly remake it.”