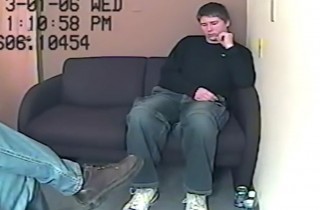 In 2003, Steven Avery was exonerated after spending 18 years in prison for a rape he did not commit. Within two years of his high-profile release, Avery was charged with a brutal murder. Investigators quickly identified Avery’s nephew Brendan Dassey, a 16-year-old high school student, as his accomplice. Both Avery and Dassey were convicted of the crime and sentenced to life in prison.

The Netflix hit documentary “Making a Murderer” shined a national spotlight on many troubling aspects of the investigations and trials of both of the accused. Particularly disturbing was the conduct of Dassey’s defense attorney, Len Kachinsky, who seemed to care more about the prosecution’s needs than on presenting a defense.

First, Kachinsky appeared to pressure his client to plead guilty, despite the teen’s claims that he was innocent. Kachinsky failed to challenge Dassey’s confession, which police officers obtained during a four-hour interrogation using questionable methods. Instead, the attorney’s investigator coached Dassey into affirming his confession. Kachinsky then arranged for police officers to interrogate Dassey again without his attorney or his parents present. One does not need a master’s in legal studies to realize that this conduct violates the rules of ethical lawyering.

Dassey appealed his conviction based upon ineffective assistance of counsel. Surprisingly, even Kachinsky’s outrageous conduct was not bad enough to warrant a new trial under the current Strickland standard.

The Strickland standard arose from a 1984 U.S. Supreme Court case in which the defendant argued that he was sentenced to death because his attorney provided ineffective assistance. In affirming the condemned man’s sentence, the court assessed two factors: whether the attorney’s assistance was ineffective considering the totality of the circumstances, and whether the outcome likely would have been different had the attorney acted with effectiveness. This two-pronged test became known as the Strickland standard.

The Strickland standard has proven to be an impossibly high benchmark that renders even the most atrocious legal conduct acceptable. In “Unequal Assistance of Counsel,” Washington University in St. Louis School of Law Professor Peter Joy explains that, “In establishing the Strickland standard, the Court created conditions in which unequal assistance of counsel can thrive with little or no recourse for those adversely affected.”

Professor Joy describes shocking circumstances in which attorneys’ conduct did not reach the Strickland benchmark, including trials in which the defense attorney fell asleep, was under the influence of drugs or alcohol, was mentally impaired, or admitted the defendant’s guilt.

Prior to Strickland, courts relied on the ABA Standards for Criminal Justice when reviewing the competency of defense attorneys. If the court found the lawyer violated the American Bar Association’s standards, the government had to prove that the lawyer’s conduct did not prejudice the defendant; otherwise the defendant was entitled to a new trial.

The inequity begins when inadequately funded, unprepared attorneys are appointed to represent poor defendants, often before the arraignment stage. The ABA standard at least gave defendants a means of potentially correcting the inequity on appeal. However, the Strickland standard gives poor defendants no real recourse to reverse the injustice, as the Dassey case clearly demonstrates. Brendan Dassey is unlikely to receive a new trial under the inequitable Strickland standard.

Adam Levenson of 2U Inc collaborated with Professor Peter Joy of Washington University School of Law to provide this analysis.  The original version of this analysis appears on the @WashULaw’s Master of Legal Studies blog.