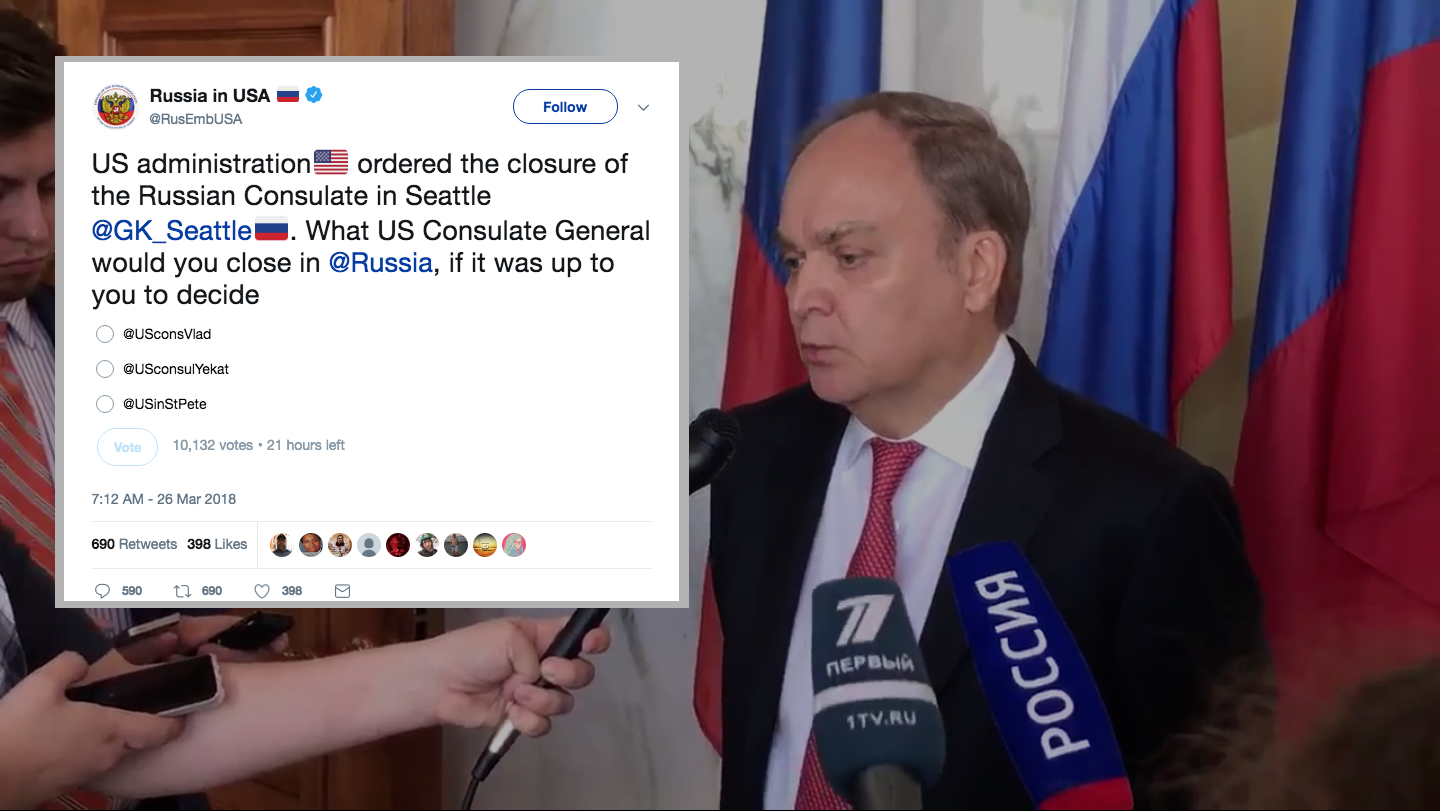 The Russian Embassy to the United States is taking a novel approach to international relations by crowdsourcing their response to the latest volley of diplomatic pressure from the Trump administration.

US administration🇺🇸 ordered the closure of the Russian Consulate in Seattle @GK_Seattle🇷🇺. What US Consulate General would you close in @Russia, if it was up to you to decide

US administration🇺🇸 ordered the closure of the Russian Consulate in Seattle @GK_Seattle🇷🇺. What US Consulate General would you close in @Russia, if it was up to you to decide

On Monday morning, President Donald Trump ordered the expulsion of 60 Russian diplomats currently residing in the United States over the alleged nerve agent-induced poisoning of a former Russian spy living in the United Kingdom–diplomats reportedly identified as intelligence agents for the Russian Federation.

Trump also announced the immediate shuttering of the Russian Consulate General in Seattle, Washington–a move criticized by Georgetown History Professor Greg Afinogenov as devastating for Russian citizens and immigrants in the United States.

Prior to Trump’s announcement, the Russian Embassy to the United States had hoped for a less stressful turn of events in response to those allegations–which were originally leveled by British Prime Minister Theresa May. In comments provided to Russian news agency TASS, the diplomatic mission said:

The White House may still be able to prevent any negative consequences of this fake story for the very little positive stuff left in Russian-American relations. Ties between Russia and the US are more comprehensive, and strategic stability throughout the globe depends on them. They should not be held hostage by such clearly orchestrated scenarios. The US media has recently unleashed a new vehement anti-Russian crusade, evidently prompted by Russophobic circles within the Washington establishment.