Reporting a Fake Clown Sighting May Get You Arrested, Sheriff Warns 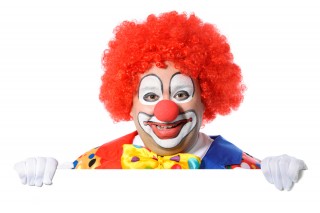 Creepy clown sightings have been a problem in South Carolina lately, but over in North Carolina they have a similar scourge: phony creepy clown sightings. A Facebook post by the Cleveland County Sheriff’s Office on Wednesday complained of two false reports of clowns near schools, and warned people that anyone caught doing this could face consequences.

“We realize that fear regarding incidents involving clowns in South Carolina has spread and, unfortunately some are using it to play pranks,” the post said.

The Sheriff’s office said that investigating fraudulent reports draws away from their ability to do their jobs. “Baseless and false reports take away from the Sheriff’s Office resources and ability to work other criminal investigations.” As a result, they said, “anyone who posts a picture of a clown stating it is near a school will possibly face charges of obstruction of justice.”