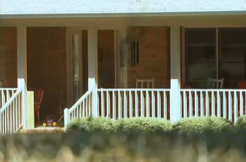 The Georgia Bureau of Investigation says William Powell, 63, was shot in neck after three Henry County police officers went to the wrong house. Now they’re investigating these cops, and the sequence of events that left Powell on life support.

It started Wednesday, with a 911 call made at 11:54 p.m., according to a GBI statement. The speaker, from Stockbridge, Georgia, reported hearing “an unknown female yelling for help and gunshots.” But as a “preliminary review of the 911 call” showed, the GBI said cops wound up at the wrong house. Powell’s house.

Powell was armed with a handgun, and according to “preliminary information,” he didn’t put it down when police told him to. One officer shot him, hitting his neck. No other injuries were reported. Powell is currently receiving treatment at Atlanta Medical Center.

The GBI are investigating, and they’ll turn their results over to prosecutors. A press release from the HCPD said the officer who opened fire is on paid administrative leave “per protocol.”

Powell, an Air Force veteran, remained on life support as of Wednesday night, according to The Atlanta-Journal Constitution. GBT spokesman Scott Dutton told WGCL that Powell’s wife said her husband had his gun at the time because he was investigating sounds coming from their yard.