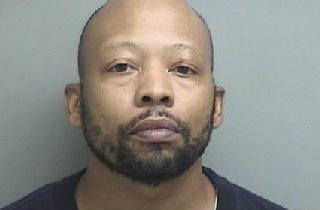 From AG Bill Schuette’s statement (posts were censored for language):

That top post is an obvious reference to Micah Xavier Johnson. On July 7, he murdered five police officers during a Black Lives Matter rally in Dallas, Texas. He was killed after a standoff with cops.

Littleton, who is black, has been charged with making a terroristic threat, and using a computer to commit a crime. Each count carries a potential 20-year prison sentence.

We reached out to the Michigan attorney general’s office for more information.

Modern First Amendment case law was shaped a lot by the 1969 U.S. Supreme Court case Brandenburg v. Ohio. The Justices ruled for a KKK member who made an incendiary statement.

“Freedoms of speech and press do not permit a State to forbid advocacy of the use of force or of law violation except where such advocacy is directed to inciting or producing imminent lawless action and is likely to incite or produce such action,” the case syllabus reads.

But First Amendment concerns didn’t come up when Schuette and Detroit Police Chief James Craig talked about the charges at a Wednesday press conference.

“Threatening the life of a police officer is a threat against our entire community,” said Craig. “We take these threats very seriously. I’ve made a commitment to the men and women of the Detroit Police Department, I will not ignore those who threaten their safety. I refuse to let threats against officers go without a response.”