Parents Ditched 7-Year-Old Boy in Forest to Punish Him, But They’re Not Being Charged 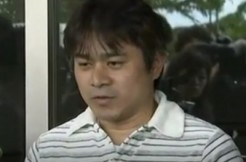 So, yeah, you’ve read the headline, but don’t worry, the kid’s okay. 7-year-old Yamato Tanooka survived almost a week alone in a forest after his parents left him on a mountain road, according to a report by CNN.

It’s a crazy story worthy of Florida, but this happened near Nanae-Cho, on the Japanese island of Hokkaido. On Saturday at around 4 p.m. JST, the boy’s parents kicked him out the car after he kept throwing rocks at passing cars and people. Then they left…and lost track of him. Though they didn’t know where Yamato wound up, they waited until about 6 p.m. to call the Hokkaido Prefectural Police.

“I was not able to ask for [a search] with a reason of punishment,” the dad, Takayuki Tanooka, told TV Asahi shortly after the story broke. “I thought it might be taken as a domestic violence.”

Authorities performed a huge search, which involved over 150 police and firefighters looking through the forest (home to the Ussuri brown bear). Days went by with no result.

Jump to Friday: Yamato turned up at an exercise field for Japan’s Self-Defense Forces. A spokesman for the Northern Army 11 Brigade said the kid was hungry, dehydrated, and had light scratches on his arms and legs. But he was otherwise fine. When speaking to reporters, a doctor confirmed Yamato was okay.

“I told my son that I am sorry that I made him go through a very hard situation,” Papa Tanooka said in a press conference, according to CNN. “He nodded to me.” That nod might not mean the son is over it, though. Depending on who you ask, nodding is just a polite thing listeners do in Japanese culture. It may not signal an agreement with the speaker.

Yamato is being kept at a hospital for observation and to be treated for dehydration. Authorities are not seeking criminal charges at this time.
–