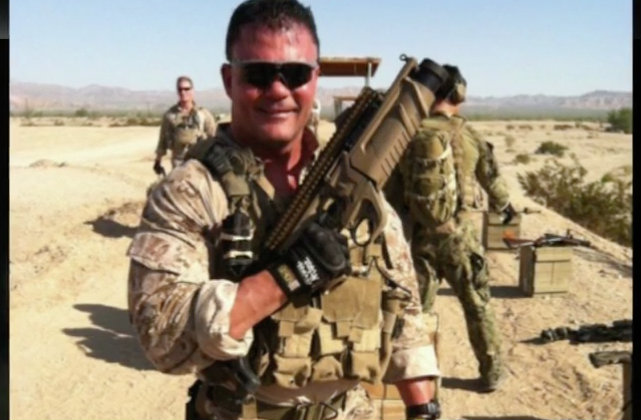 “We have initiated a formal investigation into these allegations,” said Capt. Jason Salata, a SEALs spokesman. “There are very clear regulations which govern outside employment by [Naval Special Warfare] personnel as well as prohibitions on behavior that is discrediting to the service.”

Any given branch of the U.S. military enforces pretty strict rules on how members moonlight. People have gotten in trouble posing in Playboy (or Playgirl); using sensitive information to help design video games; or writing a first-person account of how Osama Bin-Laden died. Punishments vary, but can include demotion, repayment of moonlight wages, and lowered pension benefits. It could be a bad end for Schmidt, who has served in the military for 23 years and was on the way to retirement.

“They knew about it at work,” she said. “He got called in and they said, ‘Look, keep it on the low, don’t mention the SEAL name and blah, blah, blah. He was always pretty open about it with the command. I mean, honestly, all of his buddies knew about it. Everybody knew about it.”

[Image via LinkedIn and KGTV]