Mom Charged After Pulling Knife on Another Mom at School Meeting 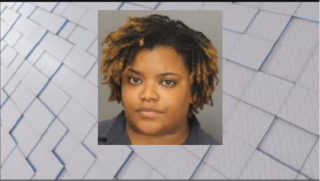 Moms gone wild! Robin Robinson, a Memphis mother is fighting serious charges after quarreling with another mother. The almost tragic situation went down at the Soulsville Charter school in Memphis, Tennessee—a school with a legacy of excellence and a 100% graduation rate.

The 37-year-old is now facing two major charges: aggravated assault and carrying a weapon on school property. Robinson and the other unnamed women were meeting with the school’s dean of students when a brewing storm erupted, tensions escalated and a fight broke out over the children of the two women, who were reportedly involved in a fight earlier that day.

Robinson pulled a folding knife on the other woman in an angry rage, but was stopped by the Soulsville dean, who had to restrain Robinson, before anyone was injured, according to police.

The fight went down during school hours. A security guard was able to restrain Robinson in a bear hold until police arrived at the school.