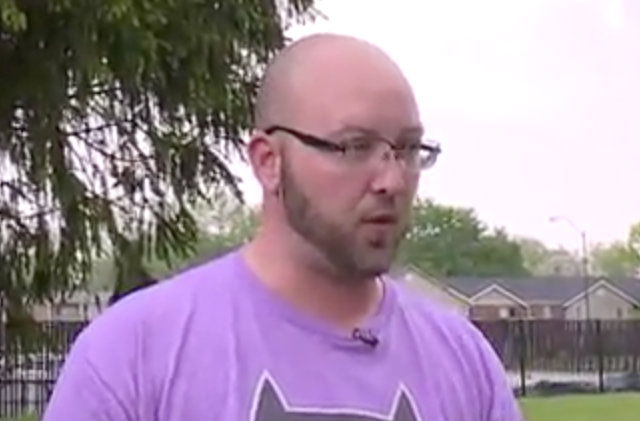 An Indiana man faces a court hearing on Monday for hitting a goose with a plastic bat. He claims it was done to protect his 4-year-old son during batting practice.

“This is very frustrating because why should I not be allowed to protect my child against wildlife anywhere?” James McDaniel told Fox 59. He said a Canada goose started chasing his kid Ethan with a “full wingspan.”

“So I swing one time,” claimed. “He [the bird] kind of topples over, I grab my son, I grab all of our gear, and I run across the street.”

But a report from Marion County Animal Control officials said witnesses saw him swing three times, and gave him a ticket.

An animal control employee chewed him out, he said. McDaniel now defends himself by saying he was just protecting his child.

The Indiana Department of Natural Resources told the outlet that people can protect themselves or others from wildlife, but force has to be proportional to the damage that the animal could do.