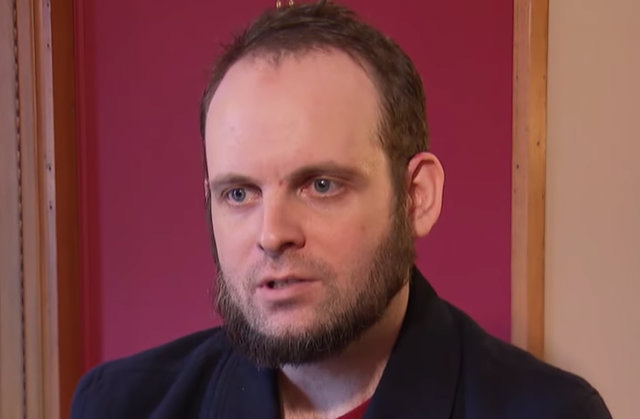 Authorities claim Joshua Boyle, 34, committed a whole slew of crimes after being released from Taliban captivity. He appeared in an Ottawa court Monday, according to The Toronto Star.

Boyle came to international attention after he was freed last October. He and his American wife Caitlan traveled to Afghanistan, he told The National in an October interview. Taliban fighters captured them, and held them hostage for ransom, hiding them in areas on either side of the Afghan/Pakistan border. That horrific ordeal ended when they were rescued by Pakistani authorities. The Boyles were freed, alongside three children who were born in captivity. Caitlan said their captors induced the miscarriage of a fourth child, and also raped her.

Now, Joshua Boyle is charged with a total of 15 counts for assault, sexual assault, unlawful confinement, making death threats, making someone take an “noxious thing” (in this case, the antidepressant Trazodone), and misleading police. Police claim all this happened between Oct. 14 and Dec. 30. The family returned to Canada on Oct. 13.

Boyle’s attorney told the Star that his client is presumed innocent.

“Mr. Boyle is a young man who we all know has been through a lot,” wrote lawyer Eric Granger in an email. “He has never been in trouble with the law. We look forward to receiving that evidence and defending him against these charges in court.”

Caitlan Boyle said she couldn’t “speak about the specific charges,” but attributed his behavior to being held hostage.

“Obviously, he is responsible for his own actions, but it is with compassion and forgiveness that I say I hope help and healing can be found for him,” she told the Star in a statement. “As to the rest of us, myself and the children, we are healthy and holding up as well as we can.”

[Screengrab via The National]