‘Don’t Get High on Your Own Supply’: Court Cites Scarface in Ruling 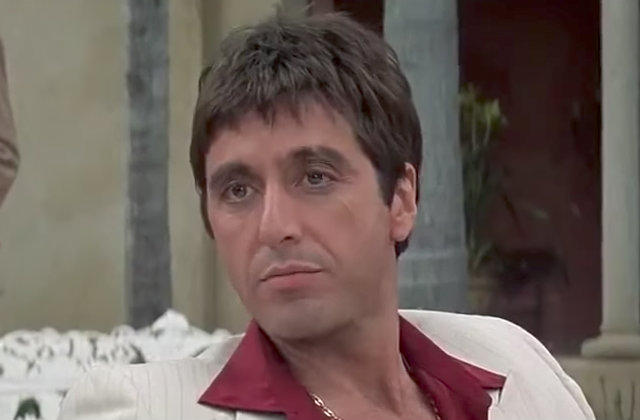 Montana’s Supreme Court referenced the 1983 Al Pacino film Scarface in a dismissal of a defendant’s motion. He argued for his state charges to be dropped on the grounds of double jeopardy violations. The court didn’t agree.

Shea added a footnote, showing that he grabbed the quote from Scarface, and two times it was referenced in pop culture: The Notorious B.I.G song “Ten Crack Commandments,” and an episode of HBO’s The Wire.

He also added another footnote: “…Grammar intentionally sacrificed at the altar of poetic license.”

The defendant, Bruce Anthony Glass, was charged for possession of methamphetamine, marijuana, and drug paraphernalia by state officials and convicted for conspiracy to distribute methamphetamine in a federal court. After his conviction, Glass moved to drop the state-based charges, arguing that because he had already been convicted by a federal court, the state could not pursue the drug possession charges. In response, the court referenced the long-established drug dealing principle. The court affirmed that trafficking drugs and possessing drugs were two separate crimes, and thus double jeopardy did not apply.