Doctor Who Falsely Diagnosed ‘Cancer’ Patients Will Pay for Funerals 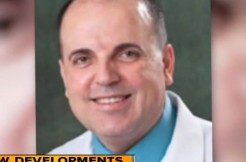 A restitution fund will pay for the funerals of victims of a doctor who falsely diagnosed patients as having cancer. U.S. Attorney Catherine Dick announced the move Monday in a Detroit federal court. This money mostly comes from the liquidated assets of Dr. Farid Fata, who is serving a 45-year sentence after pleading guilty in 2014 to counts of heath care fraud, money laundering, and conspiracy to give or receive kickbacks.

“We do think it’s important to show an acknowledgement of what people went through,” Dick said in court.

Up to $1.8 million will cover the funeral costs. Another $10 million is reimbursement for out-of-pocket expenses that victims paid for Dr. Fata’s needless treatments.

“It won’t bring our mothers back, but it is something to say I’m sorry,” Sydney Zaremba told The Detroit News.

Fata’s plot: leech millions from insurance companies by setting up unnecessary treatments, including chemotherapy. At least 553 patients were affected, some of whom did not actually suffer from cancer.

Randi Roth, a court-appointed facilitator, is scheduled to meet victims and their families in May to sort out an application process for restitution. This should result in a claims form to be published online by June 1, with final requests postmarked no later than Oct. 3.

Fata is appealing his sentence, WNEM reports. An oral argument has been scheduled for April 28 in Cincinnati, Ohio.