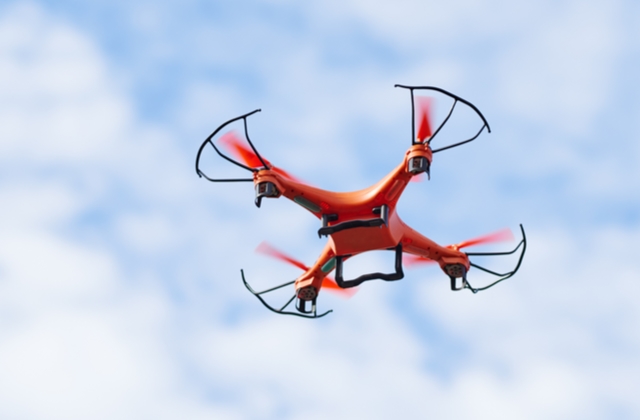 A couple in Riverside, California is charged with using a drone to deliver drugs to customers, Press-Enterprise and KNBC-TV are reporting. The couple faces charges of child endangerment, possession of drug paraphernalia, and possession of controlled substances for sale.

After getting a tip about drug activity at the couple’s house, detectives reportedly watched as a drone appeared to deliver a package from the property to a parking area nearby. There, several people snatched the package. Police obtained a warrant, and claimed to find a cache of used needles, methamphetamine, and what they believe to be fentanyl powder inside the home. The two suspects, identified as Benjamin Paul Baldassarre and Ashley Lauren Carroll, were arrested without incident. Police also sought care for the daughter of one of the suspects.

The defendants both have other drugs charges pending in unrelated cases, both sources reported.

[Image via Dragon Images and Shutterstock]