Convicted Domestic Abuser Sues Casino For Over Serving Him Alcohol 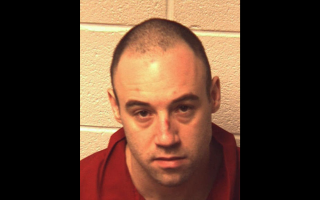 Nicholas Mullins has filed a lawsuit against the Sands Casino Resort in nearby Bethlehem, Pennslyvania for serving him too much alcohol the night that he beat his girlfriend nearly to death. The Associated Press reports that Mullins is still on probation for the beating of Caitlin Shields, who came close to dying from swelling of the brain that he caused in the assault. This suit goes to trial this week according to the Allentown Morning Call, with opening statements set for Tuesday.

Mullins’ lawyer, Stuart Niemtzow, told the assembled media that “His life is the one that got ruined here,” alleging that the casino, which they claim served Mullins 15 drinks, should have been aware that he had previously suffered alcohol poisoning at another casino, the Mohegan Sun Pocono. Similarly, he says that that Sands security was aware that Shields was on probation for drunk driving.

Judge Paula Roscioli, who’s presiding over the case, is a bit skeptical, to say the least, pointing out at a status conference that Shields had not sued the casino herself.

“Isn’t it a shock,” she said. “She chooses not to file suit against the Sands but the man who ended up hitting her and causing her injuries, he wants to be compensated.” According to police, Mullins assaulted Shields in a fit of rage after he lost $800 in bets. He would admit to slapping her, but a doctor concluded that her injuries were consistent with continuous punches to the head.

Police had originally been called to his room after the man in the next room reported haring Mullins yell “I’m going to (expletive) kill you, get out of the room.” Hotel security had stopped by earlier after they thought they heard Shields yell for help, but that didn’t go anywhere when Mullins wouldn’t let them in.