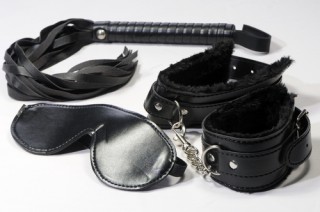 A George Mason University student who engaged in rough sex, and claims he was unjustly punished with expulsion as a result, has won a federal lawsuit in U.S. District Court demanding his reinstatement.

It’s not “50 Shades of Grey,” or some collegiate fantasy fiction story of Christian Grey and Anastasia Steele, but it was a night of sadomasochism. The college student, only referred to as John Doe, says he was wrongly expelled after his ex-girlfriend claimed she was sexually assaulted. The girlfriend reported the sex acts as sexual misconduct only after the couple, who dated for over a year, broke up. The ex-girlfriend was not a student of George Mason University.

However, Doe claims that school administrators ignored evidence that he and his girlfriend had been in a consensual relationship that featured elements of bondage and sadomasochism, which is, generally, the giving or receiving of pleasure from acts involving the receipt or infliction of pain and/or humiliation. The student said administrators also wrongly overruled a three-person sexual misconduct board that had exonerated him after a 10-hour hearing. After the ex-girlfriend brought an appeal, Brent Ericson, an assistant dean of students, who appointed himself to hear the appeal, ordered the student’s expulsion.

Judge T.S. Ellis ruled in favor of the student in an opinion issued last month and ordered that Doe be reinstated by George Mason. Yet a new hearing is scheduled for Friday to determine whether Mr. Doe could be subject to a new round of disciplinary hearings at the university.

George Mason says there was evidence that the expelled student went beyond the agreed parameters of his sexual relationship. To boot, the university claims the student had a record of disciplinary problems. Mr. Doe saw a counselor as a freshman after someone noticed a carving on his knuckles which read, “kill them.” He had also been punished for carrying a “skinning knife” on campus.

“It doesn’t matter what Mr. Doe was charged with, whether it is assault, sexual misconduct, arson, or drug distribution, the most appropriate remedy would be to remit the matter back to the school for a new hearing,” Assistant Attorney General David Drummey wrote in his brief on behalf of GMU.

Justin Dillon, one of the lawyers for the student said, “Mr. Doe just wants to go back to college and get his degree like any other student, without having to look over his shoulder at what Defendants might do to him next.”