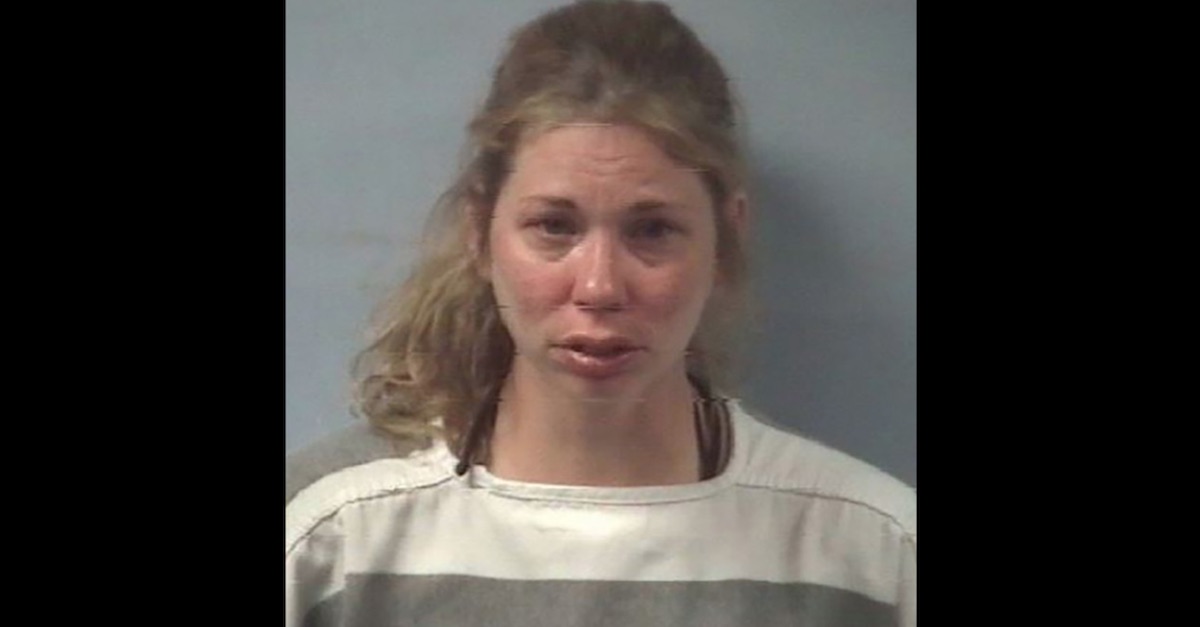 A 35-year-old mom was a member of the audience at Friendswood Junior High School watching a play on Thursday. Before long, though, it was Christy Ann Churchwell who had everyone’s attention, according to police.

Others who just wanted to see the play said Churchwell was loud, obnoxious, drunk, and disrupting the show, so they complained and a police officer asked Churchwell to have a conversation outside.

That’s when things really started to get interesting.

According to Click2Houston, the officer “immediately detected the strong smell of alcohol” on Churchwell and noticed that she was having trouble standing upright. Once outside the of the auditorium where a play was going on, Churchwell allegedly “balled up her fists and aggressively advanced toward [an] officer,” cursing him out and kicking him.

Then police took a look inside her purse and allegedly found eight 75 milliliter bottles of vodka, seven of which were empty. Doing the math, that’s 525 milliliters of vodka, which is 17.75 ounces or more than enough for 11 shots.

An unidentified family member later said Churchwell didn’t do any drinking at the school, saying she “is dealing with personal issues and is going to get help.”

But Churchwell’s no good, very bad night didn’t end with her senselessly flailing at a police officer and sleeping it off in a jail cell.

KHOU reported that Churcwhell somehow set off the sprinkler system in her cell and set of a fire alarm, causing flooding. The fire department then responded to the scene.

For her alleged aggressive interaction with police at the school, Churchwell was charged with assault of a police officer. For the sprinkler and flooding incident, Churchwell faces charges of criminal mischief and false alarm or report.

Churchwell was released Friday after she posted $7,500 bond, the Dallas Morning News reported.