One of Three California Escapees Turns Himself In 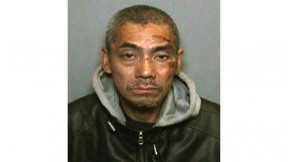 One of the three escaped inmates from an Orange County, California jail is now in police custody. Bac Duong, a 43-year-old convict, turned himself in to Santa Ana police around 11:30 a.m. PDT this morning after apparently approaching someone on a Santa Ana street and asking them to contact police, according to Orange County Sheriff Sandra Hutchens.

Duong was being held in jail after allegedly shooting a man in November 2015 following an argument at his Santa Ana home. He was charged with felony counts in each of attempted murder, assault with a firearm, first-degree residential burglary and shooting at an inhabited dwelling, in addition to personal discharge of a firearm and great bodily injury. The 43-year-old’s rap sheet is impressive: first-degree burglary in 1995, second-degree burglary in 2007, reckless evading of a peace officer in 2008 and possession for sale of a controlled substance in 2011.

Nooshafarin Ravaghi, a 44-year-old teacher, and former jail instructor of Nayeri, was arrested on Thursday on suspicion of aiding the intricate escape. Authorities allege that Ravaghi played “significant role” in the plan, including providing the escapees with Google Earth maps of the complex

So far, 10 arrests have been made in connection with the escape. Two other escapees are still on the run. The reward for any information of their whereabouts has increased to $200,000. All three are accused of very violent crimes including attempted murder, murder, aggravated mayhem and kidnapping. LawNewz.com reported earlier this that Duong skirted deportation for 16 years prior to being booked for attempted murder.

Ravaghi is being held without bail. She is due to appear in court on Monday.