Attorney Banned from Jail After Reportedly Having Sex with Inmate 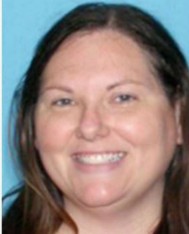 A Florida attorney is in some pretty big trouble after she was reportedly caught having sex with an inmate. The Broward County Sheriff’s Office sent out a memo with a picture of 35-year-old Jessica Mishali who they say was “prohibited from entering any Broward Sheriff’s Office facility or onto any BSO property for any reason either personal or professional.”

And as if things couldn’t get any worse for this public defender, a deputy walked into a jail interview room, and allegedly saw Mishali bent over having sex with the 26-year-old convicted felon. The inmate, Ysreal Granda, is also facing four new counts of attempted murder.

Mishali won’t face charges, but she is being investigated by The Florida Bar. Mishali’s attorney contends that the allegations are false. It is not clear from the reports if Mishali was acting as Grenada’s lawyer, but, if she was, she may have violated the Florida bar rules. Rule 4-8.4 prohibits lawyers from “engaging in sexual conduct with a client or a representative of a client that exploits or adversely affects the interests of the client or the lawyer-client relationship.”

She was fired from her job for “misconduct.”