Bill Seeks To Impose Jail Time for Walking and Texting 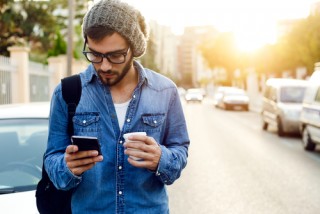 And you thought expensive data plans were a crime. A New Jersey bill could put pedestrians in the slammer for using their phones while walking. State assemblywoman Pamela Lampitt proposed the measure, which could bring 15 days in jail, a $50 fine, or both for people who use their devices while crossing the street, the New York Daily News reports. If the bill passes, it would only allow pedestrians to use their phones on public roads if they’re hands-free.

Lampitt says “[d]istracted pedestrians, like distracted drivers, present a potential danger to themselves and drivers on the road,” and half of the fine would go towards safety education, teaching people about the dangers of texting while walking. The penalty is similar to what you can currently get for jaywalking, according to NJ.com.

The bill is designed as a safety measure meant to deter people from “risky behavior.” She said that according to the National Safety Council, there have been 11,101 injuries from distracted walking between 2000 through 2011. The Daily News also reported that hospital records show that 78 percent of pedestrian injuries throughout the country in 2014 were from distracted walking.

Similar measures have been proposed in Arkansas, Illinois, Nevada, and New York, but all failed. A similar proposal was also made in Hawaii, but state lawmakers deferred action on it in February.