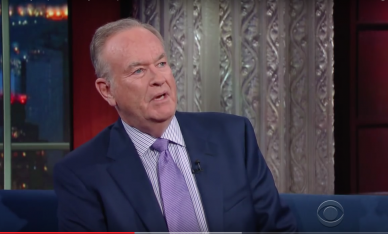 New court filings reveal Fox News host Bill O’Reilly recently put his ex-wife on notice that he plans to sue her for $10 million, accusing her of knowingly making false misrepresentations and material omissions related to the couple’s divorce settlement agreement.

Gawker obtained a copy of the Summons With Notice and posted it online on Monday.  A review of the documents shows O’Reilly alleges that his ex-wife, Maureen McPhilmy “knowingly made false misrepresentations and material omissions of existing fact … [during the couple’s divorce settlement proceedings] … for the sole purpose of inducing [O’Reilly] to agree to a consensual divorce and to obtain money and real property to finance an existing extra-marital relationship.”

A separate filing reveals that O’Reilly’s attorneys also recently requested that all future filings related to this potential action be filed under seal.  The Memorandum of Law in Support of Plaintiff’s Motion to Seal Pursuant to NYCRR 216.1 states that as a public person, and based on past history, matters involving O’Reilly tend to attract media attention that causes his children “extreme emotional distress.”

An attorney representing McPhilmy just filed a Notice of Appearance in the case last week.

Fox News did not respond to request for comment from LawNewz.com, but the report states the new allegations most likely stem from McPhilmy’s relationship to a Nassau County Police Department detective named Jeffrey Gross. McPhilmy and Gross began dating in 2010, shortly after she and O’Reilly separated.