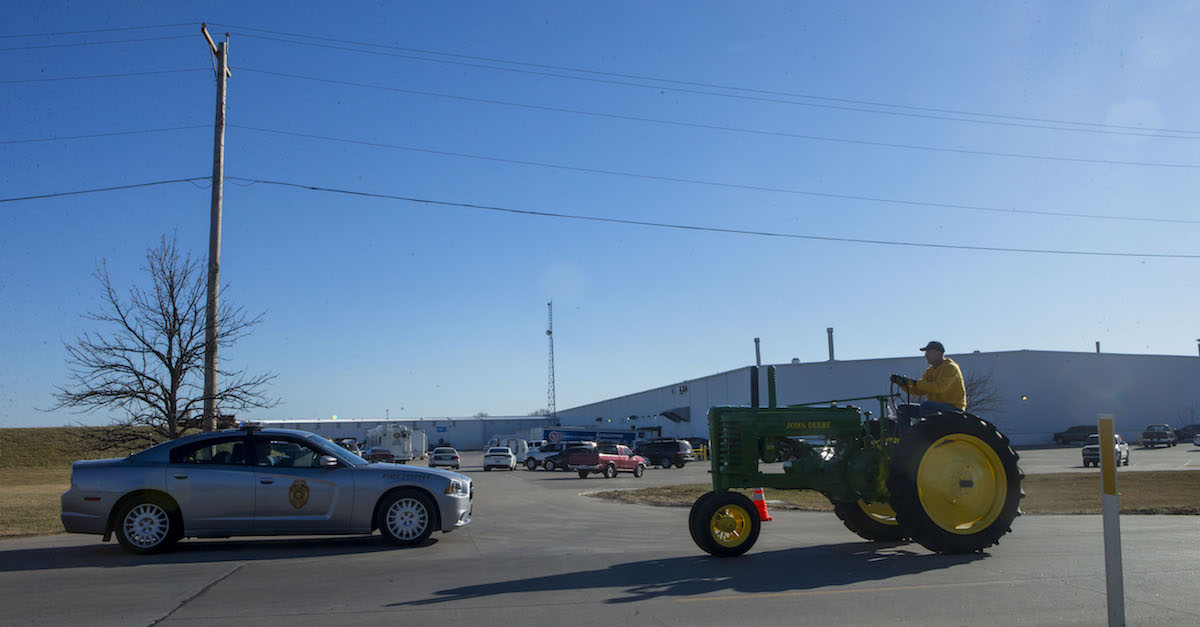 Yes, you read the headline right: the state of Kansas now has a law on its books making it a criminal offense for law enforcement officers to have sex during “during the course of a traffic stop, a custodial interrogation, an interview in connection with an investigation, or while the law enforcement officer has such person detained.”

No, this was not illegal before and was referred to as a “loophole” in The Wichita Eagle‘s story about it.

The bill was introduced in the Kansas House by State Rep. Cindy Holscher (D) in February 2018.

Here’s the text of the relevant amendment to the law Holscher proposed:

You might be surprised to learn that it still isn’t a crime in 32 other states. Apparently, it was a surprise to Kansas lawmakers, too.

State Rep. John Carmichael (D), for instance, said “Those of us who have been there for a few years thought it was something that had already been taken care of in the law.”

Holscher named two cases, one in state and one out of state, that motivated her to get this passed and inscribed into law. The former involved a detective named Roger Golubski who was accused of threatening black women in Kansas City over the course of decades to have sex with him or else he would haul off their relatives to jail.

Lamonte McIntyre was released from prison in 2017 after serving 23 years behind bars for a double murder he didn’t commit. No evidence or motive tied him to the crime and he was convicted on witness accounts. Golubski was the lead detective in the case and one witness who identified McIntyre later recanted her testimony, the Kansas City Star reported.

She said she lied because Golubski coerced her.

McIntyre’s mother, Rose, also said Golubski coerced her into sex years before her son’s murder conviction and believed Golubski retaliated against her son because she later rebuffed his advances, according to the Associated Press.

The other case was more recent and occurred in New York, where 19-year-old Anna Chambers accused officers of raping her in a van while she was in custody.

The officers said the sex was consensual. The thing about the Kansas law is that consent has nothing to do with it. It’s a crime, consensual or not, for officers to have sex with individuals who are stopped, in their custody or being questioned.

“[The law said] there shouldn’t be sexual relations between police and persons in jail, but it didn’t say anything about if they had been stopped on the streets or were in their custody,” Holscher explained.”This helps the person who was detained in their neighborhood or stopped for a ticket, that type of thing.”