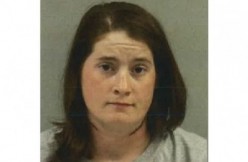 Hoge, who coached junior high and varsity girls basketball, allegedly started a relationship with a 17-year-old, who approached her in December for advice on problems with her boyfriend and friends. A criminal complaint obtained by CBS said Hoge and the girl got along, eventually leading to a string of inappropriate behavior starting in March. They last met on April 30.

Their relationship came under scrutiny by the victim’s mother, the complaint said. She’d reportedly learned about it from another coach, who said the other coaches had suspicions. The mother turned down her daughter’s request for Hoge to spend the night at their home while the parents were out of town. The victim then reportedly told mom that Hoge had spent three nights at their home, sleeping in the girl’s bed.

Authorities contacted Hoge on May 3 around 11 a.m., telling her to come to the Aitkin County Sheriff’s Office. At 11:37 a.m., they got a call for a suicide attempt. Authorities said they were told Hoge attempted to commit suicide by trying to roll her car. When that failed, she reportedly tried to slice her own throat with a knife.

She was hospitalized, booked into jail, and is now out on bail. Hoge has been on administrative leave from school since May 3, with a court appear scheduled for June 6, according to the Aitkin Age. If convicted, she faces up to 50 years in prison, and $100,000 in fines.