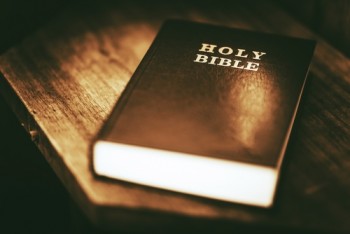 An Indiana man is in hot water with state tax officials over his alleged failure to pay a thousand dollars in state income tax.   However, what makes this particular case interesting is the alleged tax cheat’s attempt to use rather unique defense that a newly enacted law can be used to protect him from what he sees as undue liability.

The Washington Post reports the alleged tax-cheat, Rodney Tyms-Bey, is attempting to argue that he cannot be found guilty of tax of evasion because he is protected under Indiana’s Religious Freedom Restoration Act.

In 2015, Indiana Governor (and now VP-elect) Mike Pence signed the Religious Freedom Restoration Act that required the government to first prove a compelling interest before it intrudes on a citizen’s “sincerely held religious beliefs.”

Tyms-Bey argues the imposition of a mandatory income tax law violates his religious beliefs.  Under his interpretation of the Religious Freedom Restoration Act, Tyms-Bey claims it can be used to protect him from prosecution  However, when it came time to go to trial on the charges, a judge rejected Tyms-Bey’s interpretation on the law and prohibited the defense.

An appeal was immediately filed and the Indiana Court of Appeals heard oral argument on Monday.

“Put another way, the Indiana General Assembly has decided that in certain circumstances, an individual’s right to exercise his religion is more important than the State of Indiana’s interest in enforcing its laws,” Bailey reportedly argued.

The state also cited dozens of other cases in which courts ruled a person’s free exercise of religion does not trump the states interest in collecting taxes.