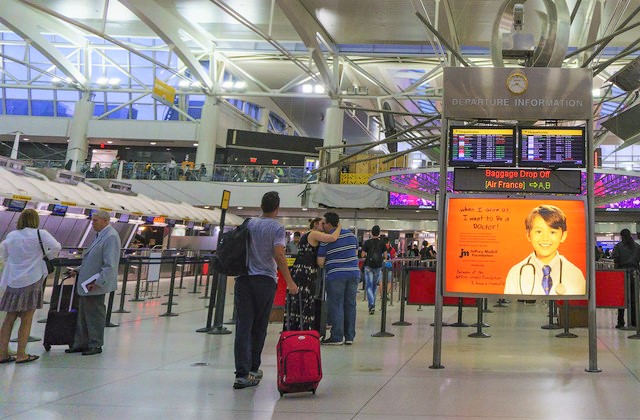 Officials at New York’s JFK Airport say 11 people walked through a checkpoint without getting screened.

Port Authority Police told Fox News it happened Monday morning, at Terminal 5. 6 a.m. actually, but claimed to only learn about it around 8 a.m. They attributed it to the Transportation Security Administration’s “belated notification.” They said each person probably boarded flights.

The TSA said some security were followed, though, and they were “confident” this is a low risk situation.

“Early reports indicate 3 passengers did not receive required secondary screening after alarming the walk through metal detector,” they said in a statement obtained by Fox. “All personal carry-on bags received required screening. A K9 team was present at the checkpoint at the time of the incident.”

The agency said they’ll review what went wrong, and try to make sure this doesn’t happen again.

A security camera recorded the metal detector going off three times, sources told the NY Daily News. A Port Authority Police spokesperson told that outlet the three people who set off the alarm all flew to California. The other eight had yet to be identified.

[image via Kotsovolos Panagiotis and Shutterstock]