Listen: Woman Recorded Surgeon Talking Smack About Her During Operation 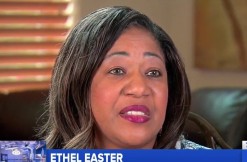 This story might make you paranoid in your next visit to the doctor. Ethel Easter says she recorded her surgeon and other hospital employees talking smack about her during her operation at Harris Healthcare in Houston, Texas. The audio allegedly caught them making fun of her looks, including (of all things) her belly button.

“I was appalled,” she told Good Morning America in a Thursday report. “I was distraught. I was violated.”

Someone also apparently made a crack while referencing a Hollywood film. “Precious, yes,” he said on tape. “This is Precious over here saying hi to Precious over there.”

Easter, who is black, believes this is a callback to the 2009 film Precious, which depicts a black teenage girl facing poverty as well as physical, mental, and sexual abuse. “It was racially profiling me, yes,” Easter said. “I was offended by it.”

GMA reports she decided to hide a recorder in her hair extensions after a “tense meeting with her doctor.” The feeling was apparently mutual. The audio shows them calling her “a handful.” She had apparently threatened them with a legal action after they didn’t schedule an appointment soon enough.

According to Easter, the doctor was the rude one.

In a letter to Easter, Harris Healthcare said they advised hospital workers to be mindful of their comments at all times, but said that no further action would be taken.

She is considering a lawsuit. Seems like a viable thing to do since there’s precedent for her to collect damages. A man accidentally left his iPhone recording during a colonoscopy, and caught the anesthesiologist saying she’d like to punch him, and joking that he had syphilis. A jury awarded him $500,000 in 2015.