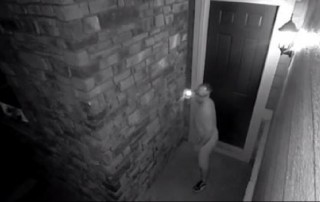 Colorado citizens identified a suspected peeping Tom within 24 hours after police released video of an incident from earlier this summer. The footage shows a man looking into what authorities say was a teenage girl’s bedroom window.

According to a post on the Arvada Police Department’s Facebook page, the incident was reported on August 7, when a man told police that he saw security video footage showing a man peering into his 17-year-old daughter’s room. Police made the video public on September 8, resulting in thousands of people sharing it. Soon enough, a suspect was identified. Police made an arrest on Saturday.

“We are grateful that so many people shared the video footage and because of that, the suspect was quickly identified,” Arvada Police Commander Michelle Moriarty said. “When the community comes together like they did in this instance, it helps ensure the continued safety of our City. Thank you.”