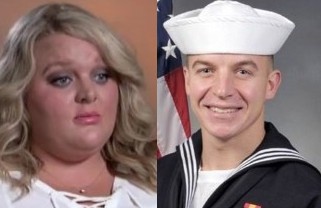 In early June, the San Diego County medical examiner’s office ruled the drowning death of Seaman James Derek Lovelace a homicide. The 21-year-old was training to become a Navy SEAL. His sister spoke out to Good Morning America in a Thursday report. She said she only learned about the ruling when the autopsy report went public and she saw it on Facebook. She also stated that her brother said he was doing well in training, contrary to reports that he wasn’t a strong swimmer.

“I talked to him the day before he passed away,” Lynsi Price said. “He said he was going through these exercises like nothing. Something wasn’t done right.”

According to the autopsy report obtained by The Navy Times, the medical examiner and an NCIS investigator saw surveillance footage of Lovelace’s drowning during a May 6 training exercise at Naval Amphibious Base Coronado. The examiner wrote that at one point, Lovelace was struggling in the water. An instructor splashed Lovelace, and dunked his head below the water several times.

“The training consisted of swimming and treading water in fatigues and boots, with their masks filled with water,” the examiner wrote. “Instructors in the water splash, make waves, and yell at the students in order to create an ‘adverse’ environment. They are not to dunk or pull the students under the water.”

She noted that Lovelace was reportedly not a strong swimmer, but she wrapped up her report with the following:

Although the manner of death could be considered by some as an accident, especially given that the decedent was in a rigorous training program that was meant to simulate an “adverse” environment, it is our opinion that the actions, and inactions, of the instructors and other individuals involved were excessive and directly contributed to the death, and the manner of death is best classified as homicide.

“I want to see the instructors held accountable for their actions,” Price, who wants to get her hands on the surveillance footage, said.

The Department of the Navy told Good Morning America that it is cooperating with investigators, and “remains committed to providing the Lovelace family as much support as possible in this difficult time.

No criminal charges have been announced.
–