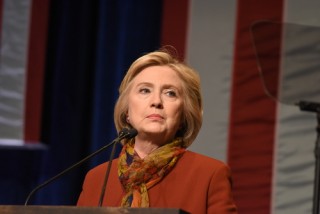 A senior deputy to FBI Director James Comey revealed to Republican Senator Charles Grassley, Chairman of the Senate Judiciary Committee, that agents signed a non-disclosure agreement regarding the investigation into Hillary Clinton‘s private email server, Fox News reported. The agreement, known as a “Case Briefing Acknowledgment,” says that agents cannot disclose information about the case without approval, and that they can be made to take lie detector tests.

While Case Briefing Acknowledgments are not used in every case, a retired FBI agent told Fox News that they are not unheard of. The retired agent said they are used in “the most sensitive of sensitive cases.” This contradicts a New York Post report, which said agents on the Clinton case were not familiar with such an agreement being used in the past. One agent reportedly told the Post, “I have never heard of such a form. Sounds strange.” The Post said a retired FBI chief told them, “This is very, very unusual. I’ve never signed one, never circulated one to others.”

The agreement used in the Clinton case states, “The purpose of this form is to maintain an official record of persons knowledgeable of a highly sensitive Federal Bureau of Investigation counterintelligence investigation.”

But besides keeping a record of who knows about the case, the retired agent said agreements like this can have a “chilling effect” on agents by giving them the understanding that “it comes from the very top and that there has to be a tight lid on the case.” Perhaps more significant, the agreement can keep agents from openly discussing a case with each other, and as a result, a case can be influenced by “group think.”

Earlier this year, Fox News had reported on the FBI using other non-disclosure agreements in the Clinton case, prompting Senator Grassley to write a letter to Director Comey back in February. That letter criticized the FBI for making agents sign an NDA that was “in violation of whistleblower protection statutes.” In another letter that Senator Grassley wrote to Director Comey in July, after Comey announced his recommendation not to pursue an indictment in the case, Grassley said, “Only after I wrote to you did you advise your FBI agents that they are still free to speak with Congress regarding waste, fraud, and abuse.”

Fox News reported that the sample copy of the Case Briefing Acknowledgment that they obtained clearly indicates that it does not conflict with “communications to Congress” or “the reporting to an Inspector General of a violation, or a substantial and specific danger to public health or safety, or….any other whistleblower protection.”

The revelation of the Case Briefing Acknowledgment came about just as the Post’s report said that some FBI agents were disappointed with  the outcome of the case. According to their sources, there are agents who were not happy with Director Comey’s recommendation not to press charges against Clinton, and some even believe there was an “inside deal.”