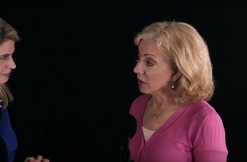 Editor-at-Large Beth Karas, a former prosecutor, says, if she were a juror, she would NOT have convicted Steven Avery. Avery is the Wisconsin man charged with murder in the death of a 25-year-old freelance photographer. Karas says the jury was not presented enough evidence to convict Avery beyond a reasonable doubt.

The Wisconsin murder case gained national attention after the Netflix series, Making a Murderer. The documentarians, argue that Steven Avery, and his nephew Brendan Dassey, were framed by police during the 2005 investigation. What makes this series especially riveting is that Steven Avery had been released from prison in 2003, after he was wrongfully convicted for sexual assault.