In ‘El Chapo Interview,’ Sean Penn Opens Himself Up to Some Legal Problems 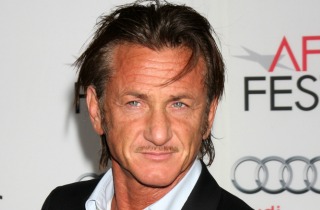 If U.S. federal officials have their way, El Chapo will most certainly be extradited to face drug trafficking charges in the United States. And one of their important witnesses in this case could end up being actor Sean Penn. The Feds could potentially issue subpoenas to force Penn and his crew to testify against the drug kingpin if they aren’t already cooperating.

In a riveting Rolling Stone article, Penn gives us a play-by-play of how he was transported into the Mexican jungle for a clandestine interview with El Chapo, a Mexican drug lord who heads the billion-dollar Sinaloa Cartel. The article was published Saturday, shortly after authorities announced El Chapo’s capture on Friday. The Mexican drug cartel leader eluded authorities since July after his elaborate escape from a Mexican prison.

The BIG question is: could Mr. Penn face criminal charges for this secretive interview and for his communications with El Chapo while he was on the run?

In his article, Penn leaves little up to the imagination, including his own troubles with “traveler’s flatulence,” and, of course, his concern over for his private parts, “I do consider it among my body parts vulnerable to the knives of irrational narco types.”

While this article will open Penn up to an array of questions by both U.S. and Mexican authorities, it is doubtful that Penn or his crew will be charged criminally unless some more information emerges about their involvement in hiding El Chapo from authorities. So far, I’ve seen none. The article simply indicates Penn traveled to a secret place for an interview. I would expect Penn, a savvy Hollywood actor and filmmaker, consulted with attorneys before crossing any legal line.

“Harboring or concealing a fugitive is usually more than just setting up a clandestine meeting. You have to actually help the fugitive avoid capture in some way,” said Page Pate, a criminal defense attorney.

Here is the definition, according to federal law: “Section 1071 make it an offense to harbor or conceal any person for whose arrest warrant or process has been issued, so as to prevent the fugitive’s discovery and arrest…”

In other words, there would have to be some evidence that Penn provided, for example, money to El Chapo for security, which allowed him remain under the radar. Or that Penn gave him access to contacts that perpetuated his ability to continue to evade U.S. and Mexican authorities. I don’t think Penn would be stupid enough to do that.

However, I did see a couple of points in the article that would definitely beg further questions, if I was a federal investigator:

The next question, for Penn, given that he was on a journalistic assignment for Rolling Stone to write this article, will his attorneys argue that he is protected by the First Amendment from testifying against El Chapo? They may certainly try.

Have a tip we should know? tips[email protected]