Why ‘El Chapo’ May Not Face Trial in U.S. for a Year or More 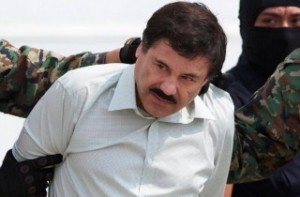 Jose Manuel Merino, of Mexico’s Attorney General’s Office, said that the infamous Joaquin “El Chapo” Guzman is guaranteed the right to fight his extradition to the United States. And that’s what the drug lord is going to do.

American authorities filed a request to extradite Guzman two days after his Friday arrest, but his attorneys blocked that Sunday. Juan Pablo Badillo, one of his lawyers, promised to take the appeal to Mexico’s highest court, la Suprema Corte de Justicia de la Nacion, if necessary.

Merino, speaking on Mexican radio, thinks the extradition delay could last a long time, even up to a year. According to him, it is just a matter of how hard his lawyers fight.

Juan Masini, former U.S. prosecutor and former attaché to the U.S. embassy in Mexico told USA Today that there are so many ways for Guzman’s lawyer to stall. They could challenge witness reliability, question whether the extradition documents give probable cause, and simply nitpick, he said. They could even use Mexico’s lack of death penalty against the U.S.: Before handing him over, they’d need American authorities to promise they won’t execute Guzman.

But the United States wants this fight just as bad. Never mind that it was Mexican commandos who captured Guzman Friday, and never mind that he had escaped from a Mexican prison in July 2015. American authorities want him to face charges for the many drugs he smuggled into the United States as head of the Sinaloa Cartel. And don’t forget the murder charges. And the kidnapping charges. El Chapo is not a nice person.

Guzman has been indicted by at least seven U.S. federal district courts, and named Public Enemy Number One by the Chicago Crime Commission in 2013.