Summer Zervos May Have Great Case Against Trump, But Won’t Go Anywhere Soon 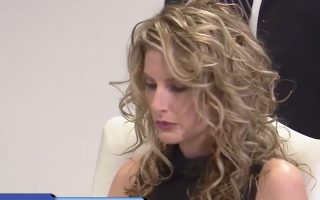 “Today’s the day. It’s time to face the consequences. Women are not a footnote to history. They matter. We value women who allege they have been the victims of injustice or treated unfairly by anyone. This is the time to proceed.”

But does this lawsuit have what it takes to make that difference?

Summer Zervos has made two claims: one for defamation and one for intentional infliction of emotional distress (“IIED”). For this lawsuit, it’s the defamation that matters. IIED is one of those amorphous add-on claims that tort lawyers almost always include, just to round things out. But the heart of this lawsuit isn’t about Summer Zervos and her emotional state – it’s about Donald Trump and his propensity to lie.

Summer Zervos could very well assert a successful defamation claim against President Elect Trump. All the elements are there – he made a public statement of fact, the statement (assuming it is proven to be false) could have harmed Summer Zervos’ reputation, and as a result, she may have suffered economic damages.

There’s no question Trump made a public statement (actually, he made many, many, many public statements) unequivocally declaring Zervos’ story of having been sexually assaulted by Trump to be false. He referred to her November press conference as “totally false,” and her allegations as, “phony,” “made up stories and lies,” and, “totally made up nonsense.” He clearly stated that Zervos and the other women who’d accused him of sexually assaulting them had done so for political reasons.

There’s also little question that Trump’s declaring Zervos a liar is the kind of statement likely to harm her reputation and thereby cause her economic damages. In today’s post-Cosby and post-Gretchen Carlson world, it is reasonable to assume that a woman who makes a false claim of sexual assault is a liability. On the damages element, Trump’s best defense might actually be that he is a known liar, and therefore, his protestations of innocence couldn’t possibly have been taken seriously by any reasonable person. But something tells me that’s not an argument he or his legal team is about to make.

Ultimately though, the strength of Zervos’ defamation case rests on the strength of the evidence that a sexual assault took place. She’ll need to prove the assault happened in order to show that Trump’s statements about her are untrue.  The incident Summer Zervos alleged in her November presser took place at a Beverly Hills hotel, where she went willingly, in response to what she’d taken as an invitation to a professional dinner. She described a private scene in which Donald Trump pressured her, groped her, and kissed her against her will. There’s no question that if her allegations were true, that they’d amount to sexual assault. But, as is the case with most sexual assaults of this nature, there isn’t likely to be any physical corroborative evidence. Unwanted advances, unsolicited touching, and even aggressive groping leave no tangible trail. Zervos did not contact the police following the incident, and she has no video or audio recording of the event. Zervos does have one pretty powerful piece of evidence, though – and that’s her own testimony. If she testifies in court as credibly as she delivered her story at the November press conference, there’s a good chance that a fact-finder (either judge or jury) would believe her story. Put that together with supporting evidence obtained during discovery (testimony from Zervos’ family members that she relayed the incident to them back when it occurred, damning unaired footage from The Apprentice, and perhaps even Trump’s own admission via the pussy-grab tape), and Gloria Allred might have a recipe for a very convincing tale of predator versus victim. And let’s not forget – this isn’t a criminal case. Proof beyond a reasonable doubt is hardly necessary. If Summer Zervos convinces the finder of fact by a preponderance of the evidence that Donald Trump sexually assaulted her, the only real question the court will have is how much Trump has to pay up.

Given the strength of the case’s underlying merits, it’s tempting to fantasize that Gloria Allred has found the perfect way to keep Trump from becoming the 45th president (or at least usher in the 46th one post-haste). But the chances of this case proceeding quickly are equally nonexistent with the chances that Trump will take up Ms. Allred’s gauntlet and simply admit to being a sexual predator. In a coincidence that’s almost poetic, the Supreme Court set out the rules for presidents defending civil lawsuits back in 1997. Back then, President Bill Clinton’s name was listed as “defendant” in a lawsuit in which Paula Jones sued him for sexually assaulting her during his tenure as governor of Arkansas. Clinton’s legal team raised the issue of presidential immunity from lawsuits, and SCOTUS declared sitting presidents not to be immune from civil lawsuits. However, given the nature of litigation and the potential for abuse, the Court declared that cases like this can be delayed if a court sees fit due to the pressing needs and duties of a President.

If Trump is unable to get Zervos v. Trump dismissed altogether, he will undoubtedly argue that the lawsuit should be delayed until his presidency has ended. There are some significant differences between the decision to allow Paula Jones and Summer Zervos to proceed during a presidential term, not the least of which is Trump’s own statements on his incredible time-management skills. Just last week, he boasted, “I could actually run my business and run the government at the same time. I don’t like the way that looks, but I would be able to do that if I wanted to.” Surely, if he is certain that he could run an entire company in his free time, attending a few depositions shouldn’t be too burdensome. Still, though, there are serious reasons with setting the precedent that a sitting president can be tied up with litigation during his term. Satisfying as it might be for a court to deny Trump special protection from the law, courts tend to be pragmatic. Most likely, that’ll mean waiting four years or more to see Trump actively participate in this lawsuit. Until then, we’ll just have to amuse ourselves with discussing how the Clinton-Trump coincidences have now surpassed all the famous Lincoln-Kennedy ones.