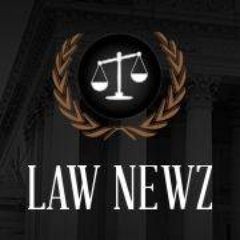 Today, LawNewz.com is celebrating our first anniversary, and boy, what a year it has been! It seems like yesterday when a few of us gathered, along with founder Dan Abrams, in a small, stuffy conference room at Abrams Media to hash out the year ahead. We wanted to make the site the go to place for high-profile criminal trials. We wanted to provide smart legal analysis on the today’s top issues. We wanted to be the spot where ordinary people could come to get straight talk about complicated legal issues in a way that makes sense and is fun to read.  Now a year in, I can safely say thanks to the incredible work of a dedicated, and now growing staff of writers and columnists, we have already made a major dent on the national media scene by breaking major legal stories, providing astute legal analysis, and vastly exceeding projected traffic numbers.

The 2016 Presidential Election brought us a wealth of legal related stories. We unearthed a decades old $125 million sexual assault lawsuit filed against Donald Trump which we found in an old storage facility in Missouri. And shortly thereafter got chastised by Mr. Trump himself after publishing an exclusive interview with accuser Jill Harth. On the other hand, we were praised by the President-elect through his Facebook page for another story we did analyzing whether he is legally required to release his taxes.

Throughout the election, we annoyed both the left and right in an effort to provide even-handed and fair legal analysis from both sides of political spectrum.  We dug into complicated legal concepts, and interviewed top scholars and attorneys about how the electoral process worked, and whether electors were allowed to “vote their conscience.” Our stories were shared and tweeted by celebrities, the President-elect, and regularly cited in just about every major publication including The New York Times, The Washington Post, CNN, Fox News and more.

Dan Abrams’ penned an influential and widely shared opinion piece explaining why Hillary Clinton would not be indicted based on the evidence (months before Director Comey gave his press conference saying just the same.) Our own Chris White presented a rebuttal (actually numerous rebuttals!). Dan’s piece on Steven Avery’s guilt in the Making of a Murderer case was also cited by over a dozen major publications.

Over the summer, we launched our own live streaming coverage of high-profile criminal trials welcoming more than 8 million trial watching lovers including 3.2 million on just the Ray Tensing trial alone. With the help of our extraordinary live stream director (and overall tech guru) Anthony Velez, we provided on-air live legal analysis both on our website and Facebook during every hour of the Justin Ross Harris trial.

And, just a few weeks into 2017, we broke a national story about Fox News settling sexual harassment claims leveled by a former anchor against rating superstar Bill O’Reilly. We were the first to report on Burke Ramsey’s $750 million lawsuit against CBS after a documentary basically accused him of murdering his sister.  And, as Trump prepares to take office, we’ve done extensive legal analysis on his potential conflict of interests and whether he is violating the Emoluments Clause. Just today, we lead the way in covering and analyzing the legal merits of a Trump accuser’s defamation lawsuit against the President-elect.

As we look into the New Year, we will be announcing a major new effort to expand our video coverage (don’t want to give away too much, but more details to be announced shortly!). While we still have a small (but mighty) team, I can tell you that each of these successes wouldn’t be possible without the contribution and dedication of our extraordinary smart, dedicated team of lawyers and legal experts.  We look forward to another even more successful year!