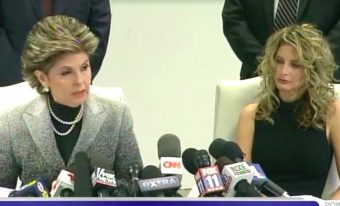 Gloria Allred’s suit against Trump may be good for TMZ (and her publicity), but not so good for a courtroom (and her client). And, given that TMZ once compared my legal pleadings to “Shakespeare,” I harbor no ill will toward TMZ. The biggest problem Allred’s client faces is she may end up with a dismissed suit and stuck with Trump’s legal bill.

How can Trump dismiss the action? First, Trump’s team can remove the action to federal court. Second, Trump’s team can transfer the action to California. Third, Trump’s team can ask the court to recognize and apply substantive California law to the suit. Fourth, Trump’s team can move to dismiss the action under the anti-SLAPP law; California law requires likely dismissal of the suit under California’s anti-SLAPP law, otherwise known as the prohibition of suits that reflect a Strategic Litigation Against Public Participation. Fifth, and maybe most precarious for Allred, and the likely reason she filed in New York, and not California, Allred’s client could then owe Trump his legal fees for her filing an anti-SLAPP suit. Politics and lawsuits do not make a friendly marriage in the courts of California. Why did Allred hold all her press conferences in California but file her suit in New York? Maybe because she knows California law protects public statements in a unique way when they concern politics. But that same protection her clients had from Trump suing them does not, in turn, protect them from suing Trump, no matter the venue gymnastics.

How can Trump “remove” the case to federal court? The allegations concern two citizens of different states and more than $75,000 in controversy. This justifies removal under the federal statute, unless Allred publicly renounces any claim to damages of $75,000 or more, which would make the suit look minor, and likely be stayed until Trump leaves office, under the Paula Jones decision of the Supreme Court.

How can Trump transfer the case to California? The venue statute allows the federal district courts to transfer any action where convenient to do so. Here, by the very allegations of the suit, the plaintiff, her lawyer, and the witnesses will almost all be in California, making California the appropriate venue. What is the impact of that? California substantive law should then apply under federal choice-of-venue standards.

Lastly, even if Allred survives the anti-SLAPP motion, the suit itself may not get past the “demurrer” or dismissal stage in California: the only allegation of the suit is that denying another party’s allegations in a political campaign constitute “defamation” and “intentional infliction of emotional distress” of the accuser. No evident precedent supports that interpretation of the law. In fact, dating all the way back to the mid-19th century, defamation law generally holds that calling someone a liar is not defamation. Indeed, courts have held statements like calling someone sleazy, unethical, a traitor and engaging in blackmail as the kind of “opinion” statement that cannot legally ever be defamation. If Allred’s suit could be upheld, every person who defended themselves in public and denied an allegation could be sued solely for the act of defending themselves and denying an allegation. Most fortunately, that is not, and has never been, the law.

The long-lasting effect of Allred’s suit: a little public lesson in the right to defend yourself in a public campaign against allegations.

Robert Barnes is a California -based attorney whose practice focuses on tax defense and First Amendment law. He is also a LawNewz contributor.