On Trial: There is Evidence to Back (At Least Some of) Trump’s Illegal Voting Claims | Law News
$promoSlice() doesn't exist!
Opinion

On Trial: There is Evidence to Back (At Least Some of) Trump’s Illegal Voting Claims 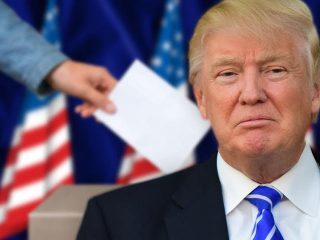 CNN’s Jake Tapper, and many other pundits, assert there is “no evidence” to support Trump’s belief about a large number of illegal votes cast in the election. As a trial lawyer, our method of assessing the factual basis of a claim differs from some in the press: what would admissible evidence look like to support each side of a claim if tried to a jury under the rules of evidence? Answer? Trump actually has some evidence on his side.

The best study on the subject — a study that meets the Daubert standards for admissible evidence in a jury trial in a legal courtroom — provides substantial evidence that non-citizen voting alone likely reached over a million in this election.  A trio of well-regarded scholars used scientifically approved methods to study the question of non-citizen voting in federal elections. The result of their study published in one of the best-regarded peer-review political science journals, Electoral Studies. The evidence from their study suggested upwards of 10% of non-citizens voted in 2008; given the issues implicated in this election, a higher number would be a reasonable inference for a jury to conclude. Given the increase in non-citizen members of the population, the same study’s conclusions would project out to millions of illegal votes from non-citizen voters in this election. Now Trump’s opponents will surely argue several experts have questioned the study’s methods, with the Washington Post giving Four Pinocchios to the use of this study to support claims of problems with illegal immigrants voting. However,the scholars well defended their study against critics in this Washington Post article. At the very least, that is enough to move forward with a case, and raises legitimate questions.

Further evidence would derive from illegal votes due to illegally counted votes, or some of our vote counters “accidentally” over-counted votes in some precincts or counties. If the latter never happened, recounts would never change results. Here, again, Trump has persuasive admissible evidence on his side: the extraordinary discrepancy discovered in Detroit precincts where more votes were counted than voters. Let me repeat that: Detroit precincts reported more votes in the Presidential election than voters recorded in their voter roll books. The over-counting overwhelmingly occurred in heavily pro-Hillary precincts with precinct workers overwhelmingly in Democratically controlled cities and counties.  Indeed, people like pollsters at People’s Pundit Daily, complained for years about the peculiar habits of certain counties late-reporting their precinct results, in a manner that reminds some of the old habit of Daley’s Chicago machine or LBJ’s late-counting in Jim Wells County.

Lastly, Trump’s inference of voter fraud, if true, should suggest disparate turnout rates in the parts of the country with the highest non-citizen population or history of ballot-counting controversy. Here again, California’s turnout both exceeded expectations, differed substantially from turnout in other non-competitive states, and produced vote totals no major pollster in California forecast for Hillary, when most polls under-counted Trump votes across the state and country.

In sum, if on trial, Trump’s belief of illegal voting has more than enough evidence to get to a jury.  Sorry, Jake Tapper, but, from a jury trial perspective, the evidence isn’t as one-sided as you would like it to be.

Robert Barnes is a California -based attorney whose practice focuses on tax defense and First Amendment law. He is a LawNewz contributor.