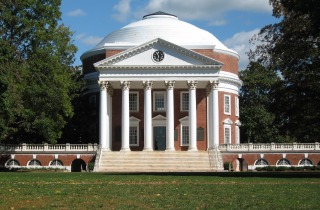 In the version of the story that appeared in Rolling Stone, Jackie was gang raped by seven members of a fraternity in an initiation ritual. But Rolling Stone issued a retraction after evidence came to light indicating that Jackie’s story had changed. The night of the supposed rape, she told friends she was assaulted by only one man named Haven Monahan.

The Washington Post previously reported that the only evidence of Monahan’s existence was an email account and a fake telephone number that sent messages to a friend Jackie had a romantic interest in. Up until now there was only strong circumstantial evidence to indicate Monahan was fabricated by Jackie to “catfish” her friend, but a recent court filing seems to have erased any doubt.

Eramo’s lawyers received data from Yahoo proving that “Monahan’s” email account was created in 2012 from a computer connected to UVA’s network. But what’s more shocking is that account was last accessed in March 18, 2016 from an IP that tracks back to… the offices of Jackie’s lawyers. Four days after that log-in, Jackie’s lawyers sent a letter claiming that “Jackie was not in possession of these emails.”

There is “only one logical conclusion” Eramo’s lawyers conclude: “Jackie is ‘Haven Monahan.’”