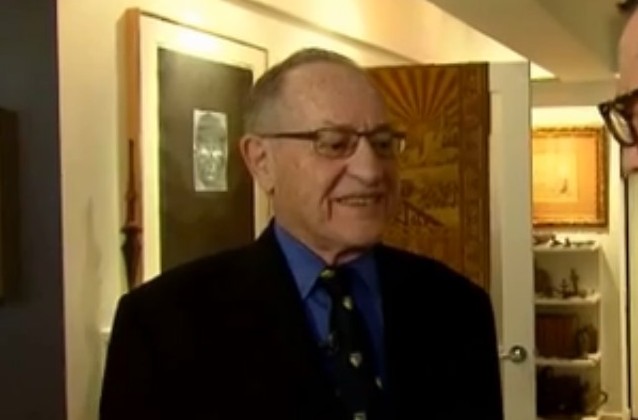 Harvard Law Professor Alan Dershowitz, who is a well-known political liberal and outspoken supporter of Israel, told LawNewz.com that he has found “no evidence” to support claims that Trump’s new chief strategist is an anti-Semite.

Since Trump made the announcement that the former Breitbart editor Steve Bannon would be joining his White House team, he has received significant backlash.  The concerns stem largely from a 2007 court declaration from his ex-wife which claimed Bannon didn’t want their daughters attending a school because too many Jewish students were enrolled.

“The only evidence is testimony of angry wife which he disputes,” Dershowitz told LawNewz.com, “I haven’t seen any evidence of anti-Semitism at Breitbart either.” One of Dershowitz’s former researchers, Joel Pollack, is the editor-at-large at Breitbart.com.

“He has been working there for four years. He wears a kippah to work, takes off Jewish holidays,” Dershowitz said, “The fact that the hard left and hard right are both supported by anti-Semites and racists is a troubling phenomenon.”

In fact, he pointed out the highly criticized article “Bill Kristol Republican Spoiler, Renegade Jew” was even written by  Jewish author, David Horowitz.

“Is he supported by bigots?…Yes he is. But…if Keith Ellison, who’s a decent, good person, were to become the head of the Democratic National Committee, Hamas would support it, would cheer and yell. Because he’s had some association with (Louis) Farrakhan in the past,” Dershowitz said during an appearance on MSNBC.