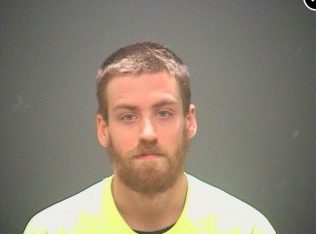 Federal investigators in Cleveland, OH arrested a 24-year-old man who they say posted a series of threats against supporters of Donald Trump after election results started coming in late on the evening of November 9th.  The feds say the suspect, Zachary Benson, 24, also posted another tweet early the following morning threatening to assassinate Trump once it was clear he was going to be president-elect.

Court documents obtained by LawNewz.com show the first tweet Benson allegedly sent said, “Diplomacy. F*cking fools. I hate you all. I want to bomb every one of your voting booths and your general areas.”

U.S. Secret Service Agents contacted Benson on Wednesday, November 9, 2016, and they say he admitted to making the posts and seemed apologetic during an interview.  Court documents state Benson told officers he had been out drinking and made the threats after he retuned home for the evening and started watching election returns.

Benson allegedly told the agents he had no intention to act on the threats and he was simply frustrated with the election results. Agents say he also expressed a belief that his “lack of bonding with his parents as a child” may have caused to him to have trouble properly expressing his feelings.

Based on his statements in the interview, Benson was charged with knowingly making a direct threat to the take the life of the president-elect.

He was ordered to be detained in the custody of the United States Marshals or another law enforcement agency pending his initial court appearance on November 17, 2016 at 11:00 a.m.